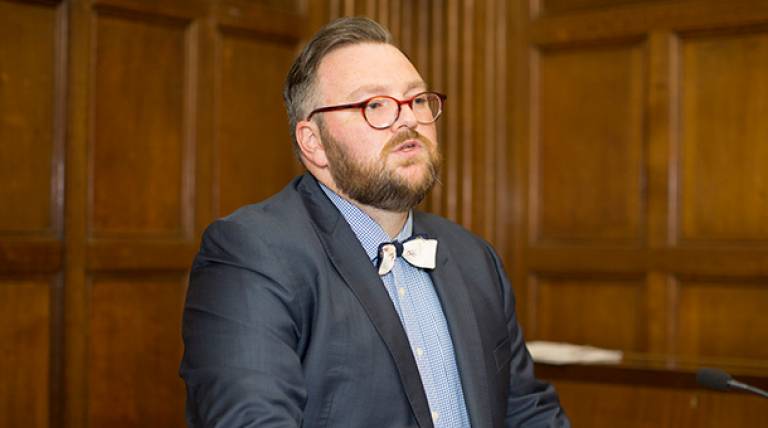 Dr Steven Vaughan, Senior Lecturer in Environmental Law at UCL Laws, has spoken to the Law Society Gazette about whether policymakers and judges listen to legal academics when formulating law and policy.

Within the article Dr Vaughan said:

'The government’s attitude has changed over time, but even previously many academics had always wanted their work to speak to people who aren’t just other academics.'

The difference now is that there are more opportunities to do it. ‘It is my own sense that the involvement of legal academics in developing the law must be greater. There are more academics, there are more vehicles for us to be more involved,’ he says, from government consultations, sitting on parliamentary committees and giving evidence to them, to blogging and social media. ‘But I don’t think we have a way of directly measuring across the whole of academia and across a point in time the extent to which that has changed,’ Vaughan adds.

Vaughan, who practised for almost a decade in the City as a solicitor before switching to academia, has written for broadsheets, including The Times and the Guardian, and spoken at the Hay Festival of Literature and Art.