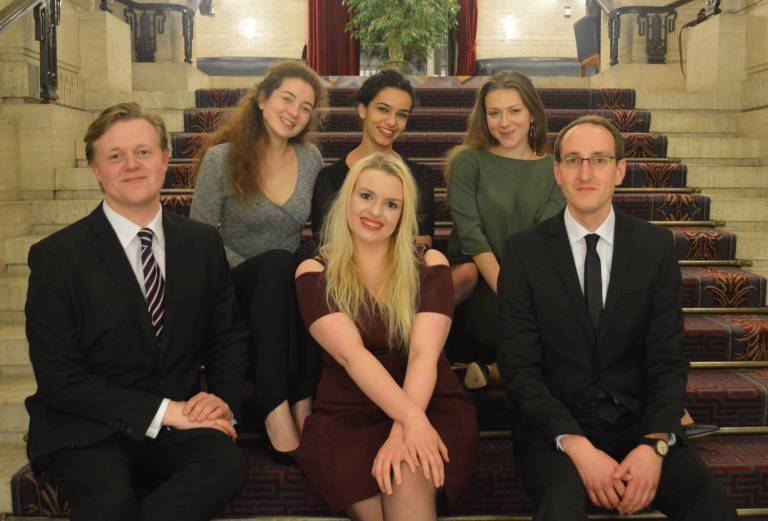 The conference featured more than 100 international participants, who took part in lectures, panel debates and workshops held by 18 speakers who were both practitioners and academics.  Divided into four sub-sessions, the Conference focussed on i) Low Carbon Energy, ii) Energy Contracts and Alternative Dispute Resolution, iii) Digitalisation and Technological Advancement in the Energy Sector, and iv) Consequences of Brexit on the Energy Sector.

In addition to the academic programme, the conference offered opportunities to network with some of the most important actors in the field of energy law.  Participants could chat with the speakers during the black-tie reception in the evening of Saturday 17 March.  By attending The Grid - the conference’s networking session - participants could engage with energy law actors, including law firms, regulators and think tanks.

The black-tie reception was a particular success, hosted at the Court Room inside the University of London's Senate House.  The event was supported by the UCL Faculty of Laws, and allowed the international participants to spend a formal evening in London alongside a number of international academics and practitioners focusing on energy law.

'The black-tie reception at Senate House was the highlight of the conference.  It was the perfect setting to get to know fellow participants and to have a chance at networking with lawyers, before everyone jetted off to their home countries.'

Hendrik Jonsson, one of the event organisers, said:

'After months of stringent organisational obligations, the black-tie reception was a great time for reflection and to look back at all we had been able to put together.  Seeing our international participants and speakers interact was a huge delight for me as an organiser.'