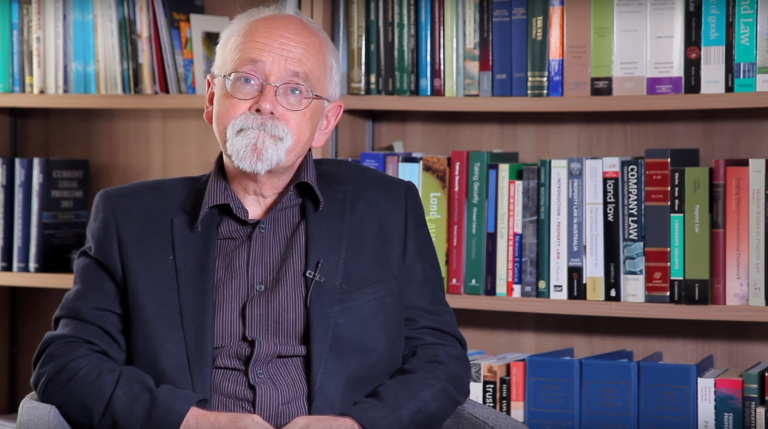 Professor Richard (Rick) Rawlings, Professor of Public Law at UCL Faculty of Laws, recently launched his major Report on Brexit, Reregulation and the Territorial Constitution at a seminar chaired by Lord Purvis of Tweed in the House of Lords.

Published by the Constitution Society, the Report discusses the implications of Brexit for the balance of power between central and devolved governance in the context of regulatory frameworks.

The Report makes a series of important proposals from the standpoint of an enlightened and prudent Union policy, one which puts a premium on effective and collaborative working of state and sub-state political institutions and on mutual respect.

Legal, political and administrative initiatives are all shown to have a significant role to play in the context of the European Union (Withdrawal) Bill, especially with a view to promoting trust and confidence among the several centres of legislative and executive authority in the UK. These involve a major legislative redesign; a new forum for inter-governmental relations; a principled approach to the creation and design of UK common frameworks; and strong central co-ordination across Whitehall.

The Report builds on two presentations: the first at the Constitution Society in May 2017, and the second in the UK Cabinet Office in August 2017.

Professor Rawlings will also be giving evidence to the Scottish Parliament Finance and Constitution Committee and the National Assembly for Wales Constitutional and Legislative Affairs Committee in the next few weeks.