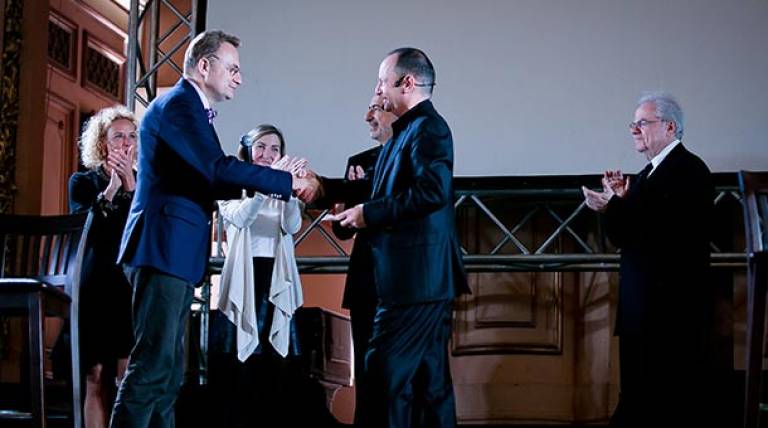 Professor Philippe Sands QC, Professor of Law at UCL Faculty of Laws, has been awarded the Golden Lion of Lviv, number 101, by Andriy Sadovyi, Mayor of Lviv, following a performance of East West Street – A Song of Good and Evil at the Lviv Philharmonic Hall on Saturday 11 November 2017.

‘In writing East West Street I visited Lviv ten times over the course of seven years, a place that has experienced trauma and bloodshed over the twentieth century, where I now feel at home, which is now recognised as a city that is home to the origins of international criminal law.

It is special to be honoured by the city that was my grandfather’s birthplace. I am happy to be Citizen 101.’