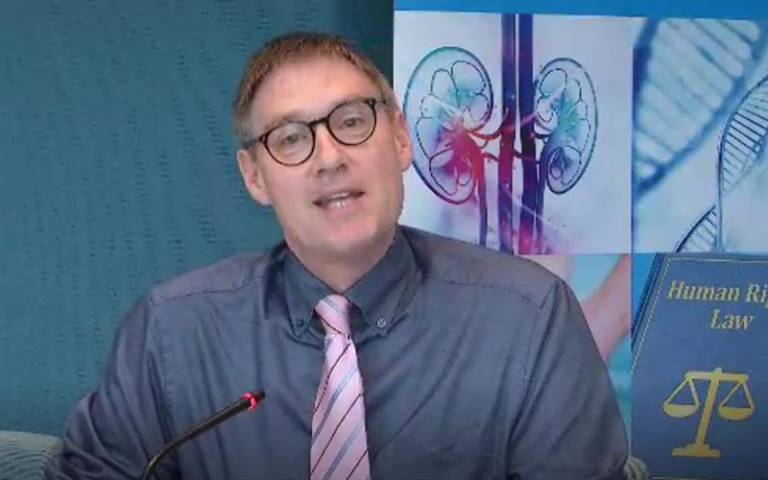 Professor Jonathan Montgomery, Professor of Health Care Law at UCL Faculty of Laws, addressed the international conference that was held on 24-25 October 2017, in Strasbourg, under the auspices of the Czech Chairmanship of the Committee of Ministers to mark the 20th anniversary of the European Convention on Human Rights and Biomedicine (Oviedo Convention).

The objective of this conference was to analyse the relevance of this international reference instrument in the light of the developments in the biomedical field and the perspectives with a view to define the elements of a “strategic action plan” for the work of the Committee on Bioethics (DH-BIO) for the 2018 – 2019 biennium and possibly beyond. To that end, the evolution of practices and the scientific and technical developments in the biomedical field were examined, as well as the Convention principles at stake and possible challenges raised with a view to identify possible areas for action.

Professor Montgomery’s presentation was entitled ‘Modification of the human genome: Human rights challenges raised by scientific and technical developments’. He argued that the prohibition on germline interventions had not been understood by the drafters to represent an inviolable and absolute ban, but a reflection of the current state of science. It followed that could, and (he suggested) should, be revisited if we wish to remain true to the values that lie behind the Convention.