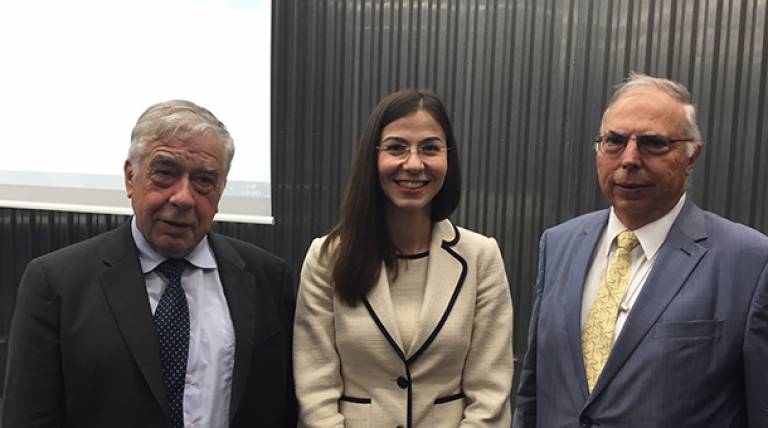 Dr Danae Azaria, Lecturer in Law at UCL Faculty of Laws, attended the award ceremony of the 2016 Paul Guggenheim Prize, which she has been awarded ex aequo for her monograph, Treaties on Transit of Energy via Pipelines and Countermeasures (OUP 2015) on 11 July 2017.

‘What struck the Jury most is [the book’s] broad and innovative perspective. The book embodies a “strategic vision” of the system and function of international law in its unity and diversity. Danae Azaria makes a genuine, real, impressive contribution for finding solutions to practical problems arising in the interconnected world of modern international law. It is a solid scholarly work analysing the law as it stands and demonstrating ways how it might be developed in a wider context surpassing the limits of the focus originally posed. [I]t is an exceptional contribution to the science of international law.’ Dr Azaria was asked to say a few words about her monograph followed by the reading of the Jury’s report. After thanking the Paul Guggenheim Foundation, she said:

‘I am grateful to the Jury for choosing this book because my intention was to bring to the attention of public international lawyers a field which was underexplored by them, and which can test the effectiveness and limits of public international law methods of law-making and enforcement. Hopefully this Prize will mark the beginning of further scholarship in this field.’ 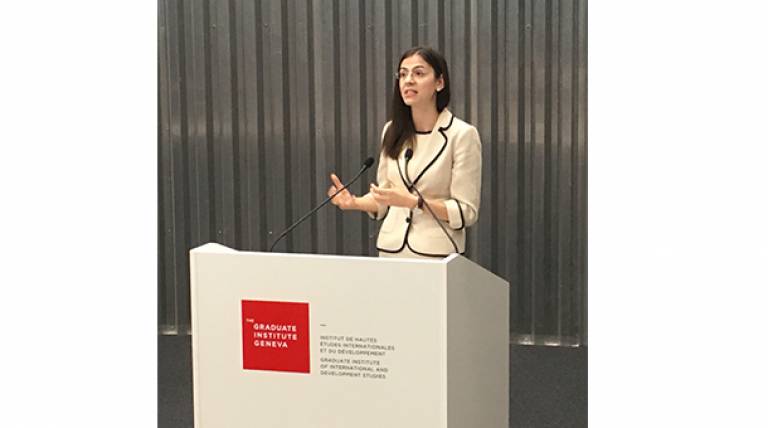