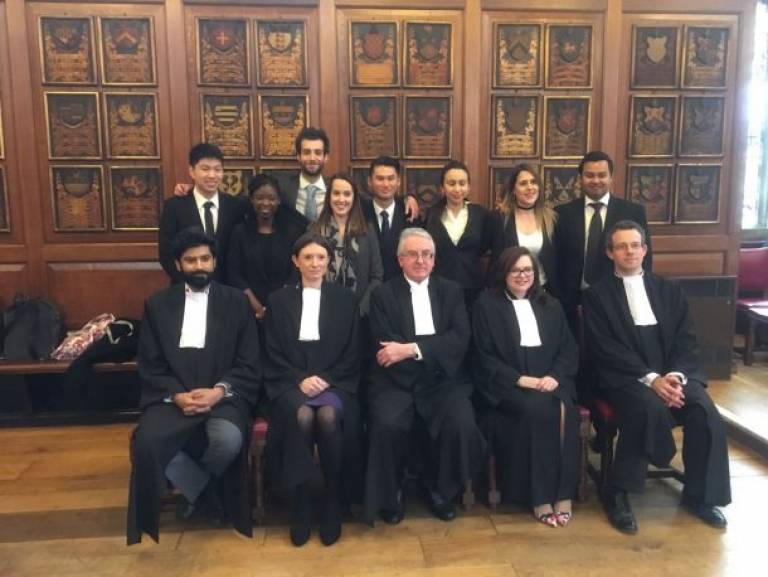 The 2016-2017 season marks the 58th year of the Philip C. Jessup International Law Moot Court Competition. Jessup is the world’s largest moot court competition, with participants from over 550 law schools in more than 87 countries.

The Competition is a simulation of a fictional dispute between countries before the International Court of Justice, the judicial organ of the United Nations.

The UK Jessup national rounds were held at Gray’s Inn from February 24-26. After prevailing over many other strong teams, the UCL team advanced to the Finals and pleaded before the distinguished bench of District Judge Holmes, Kate Parlett (20 Essex Street), Qudsi Rasheed (FCO), Clare Connellan (White & Case), and Sir Michael Wood QC presiding.

The team’s written pleadings received the highest scores and were ranked the best memorials in the UK rounds. All members of the team were ranked at the top placements in the competition. 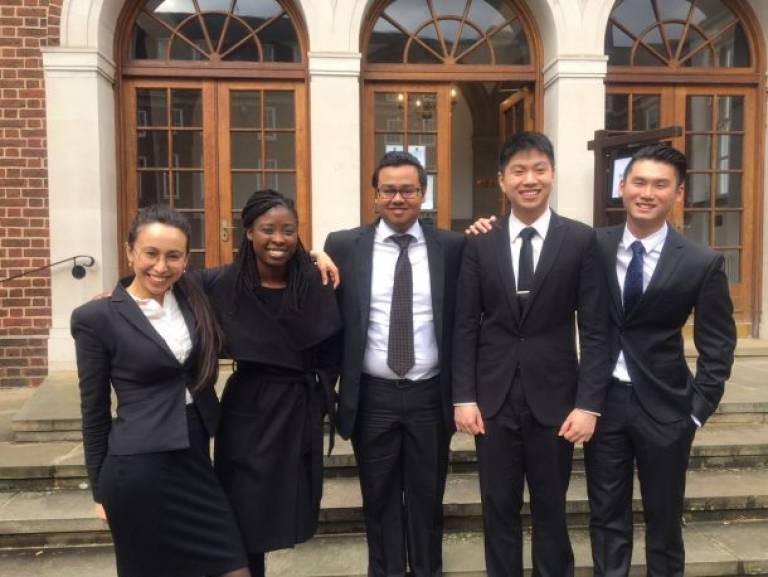