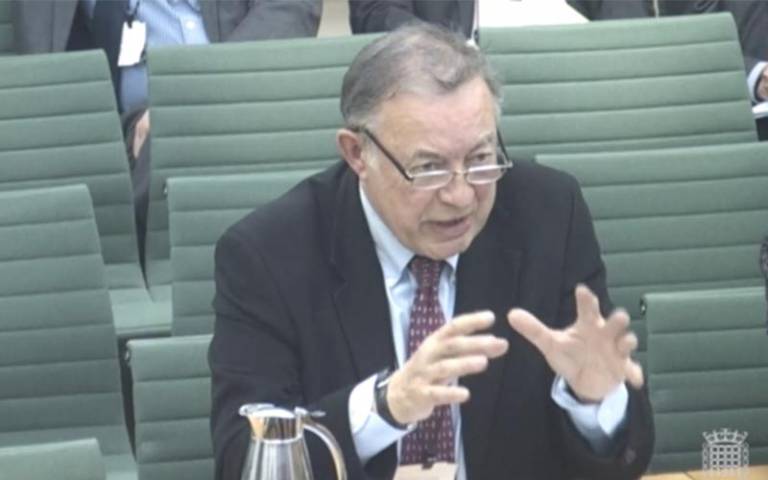 The Committee is conducting an inquiry into UK progress on reducing F-Gas emissions.

The session was focused on what will happen post Brexit to international environmental agreements such as the Montreal Protocol, and the Kigali Amendment where both the UK and the EU have been parties. The future of these so-called ‘mixed agreements’ post Brexit has been subject to legal argument.

Professor Macrory was clear that in principle such agreements will not fail, and that post Brexit the UK will assume all the competences previously held by the EU and therefore be automatically bound by all the obligations within these agreements. He criticised the Government for failing to be absolutely clear as to its view.

Referring to a recent Parliamentary answer given by a Defra minister Professor Macrory said:

'If I had a student who answered a question like that, I would have to mark them down for not answering the question properly. What UKELA would like to see is for the Government to come up with a clear legal analysis of its view. In an ideal world, one would have a joint statement from the Commission and the UK Government.'