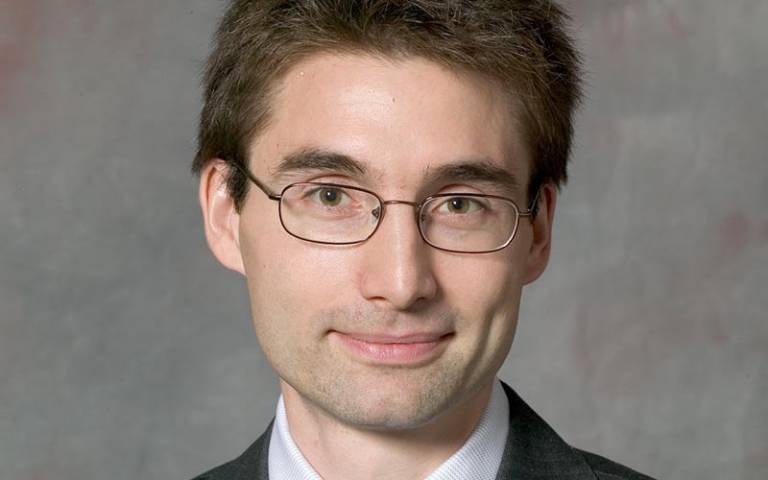 Professor Florian Wagner-Von Papp, Professor of Antitrust and Comparative Law and Economics at UCL Faculty of Laws, presented as an expert on the extraterritorial reach of competition remedies at The Organisation for Economic Co-operation and Development (OECD) on Tuesday 5 December 2017.

Professor Wagner-von Papp explained to an audience of more than 100 representatives of competition authorities from around the world that while competition authorities could only take enforcement measures in the territory of their own state, states could prohibit extraterritorial conduct or mergers as long as it produced substantial, direct and foreseeable effects in their territory and could impose sanctions and remedies for this extraterritorial conduct.

He pointed out that the exercise of this extraterritorial jurisdiction may have led to few problems in a time when it was only a handful of jurisdictions worldwide that enforced their competition law, but that today more than 130 jurisdictions have adopted competition laws and the potential for conflicts and over-enforcement has increased sharply.

He explained that public international law provides relief only in a few of the problematic cases: where conduct or mergers can be separated into a "domestic" part which produces domestic effects, and an international part that does not produce qualified effects, states can only prohibit the domestic part of the transaction or conduct; and states may not abuse their right to exercise jurisdiction, for example by imposing remedies in order to stifle foreign competitors to promote their own national champions.

Instead of relying on public international law, Professor Wagner-von Papp urged states and competition authorities to seek to avoid conflicts. Firstly, by cooperating internationally by forming joint working parties and case teams, agreeing on joint remedies, pooling jurisdiction or appointing lead jurisdictions. Secondly, by considering negative comity concerns at the level of the exercise of discretion by competition authorities and thirdly, by imposing remedies only for the domestic part of separable conduct or mergers.