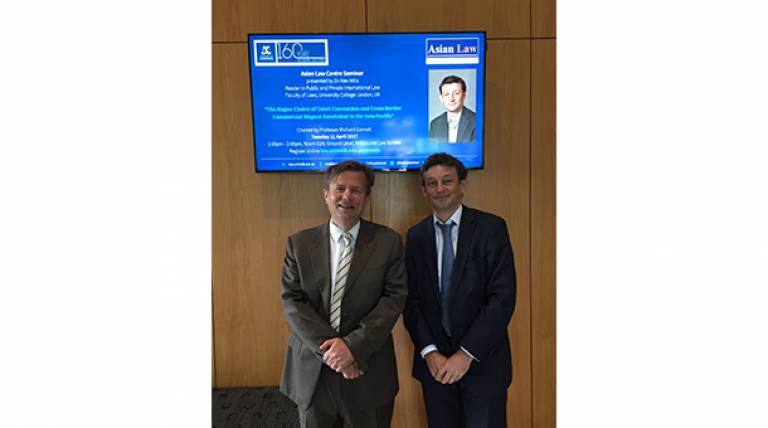 Dr Alex Mills, Reader in Public and Private International Law at UCL Faculty of Laws, gave a presentation entitled ‘The Hague Choice of Court Convention and Cross-Border Commercial Dispute Resolution in the Asia-Pacific’ at Melbourne Law School on 11 April 2017.

Choice of court agreements are commonplace in cross-border contracts, but their effects around the world and in Australia are not always consistent or predictable. This presentation examines the Hague Choice of Court Convention, a treaty developed to address these concerns, whose ratification is presently being considered by the Australian government. The Convention has currently been ratified by the European Union (on behalf of its Member States), Mexico and Singapore. The ratification by Singapore in 2016 is particularly significant for Australia, both because the Convention may serve to encourage cross-border commercial activity between Convention States, and because it may also affect competition between Australia and Singapore in the regional market for dispute resolution services.