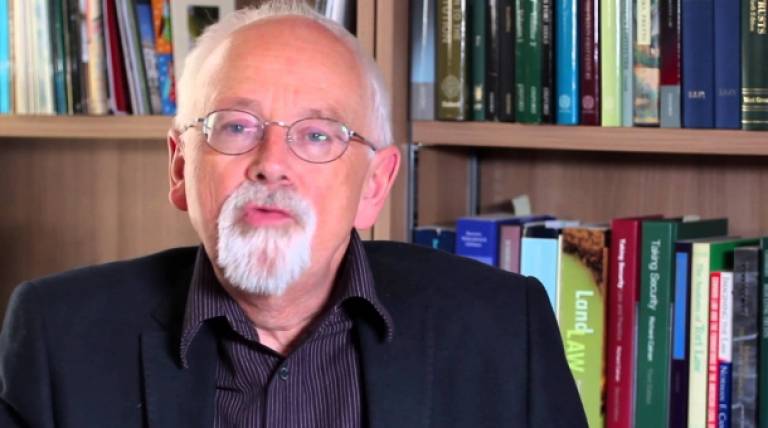 The Society is Wales’s national academy of science and letters and Fellows represent all branches of learning.

Commenting on his election to the Fellowship, Rick said: ‘I am delighted, especially since few colleagues working outside Wales are honoured in this way’.

Rick is a Life Fellow of the Institute of Welsh Affairs and is currently a member of the Welsh Advisory Committee of the Law Commission. In 2015, he gave the annual St David’s Day lecture of the Wales Governance Centre under the title ‘Riders on the Storm: Wales, the Union, and Territorial Constitutional Crisis’.

He recently acted as rapporteur for Challenge and Opportunity: The Draft Wales Bill 2015, a joint report from the Constitution Unit at UCL and the Wales Governance Centre at Cardiff University.

In February, The Leverhulme Trust awarded Rick a three-year Major Research Fellowship for his project ‘Devolution: A Constitutional Journey in Wales’.

Rick is Professor of Public Law at UCL. He is a former Legal Adviser to the House of Lords Constitution Committee and was elected Honorary Bencher of Middle Temple in 2009.