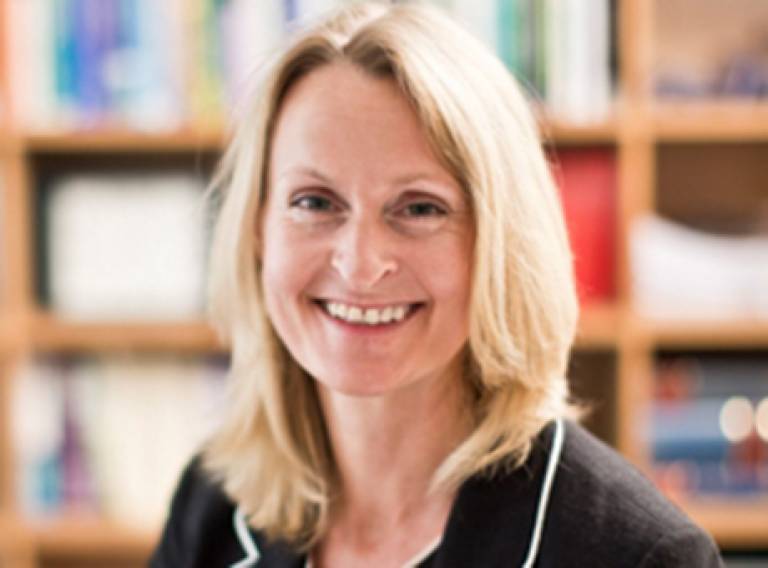 The prestigious national teaching award, sponsored by Oxford University Press, was presented at a special event held on Friday 27 February 2015.

Jane, Professor in Environmental Law at UCL Laws, was presented with the award along with a £3,000 prize by competition judges Professor Andreas Philippopouls-Mihalopoulos of the University of Westminster and Head of Marketing at Oxford University Press, Marianne Lightowler.

Accepting the award, Jane thanked her mother and husband – who were both present – for their support, and went on to explain how being shortlisted for the award had made her think critically about teaching: “The Law Teacher of the Year award is so meaningful because you go through the process of really thinking about your teaching – both the good bits, and the bits that can be improved – and it offers a valuable opportunity to learn from the other nominees”.

The award comes after a rigorous judging process following the announcement of the competition shortlist in October 2014. As part of the competition, the judging panel visited each candidate to see them in action at their institution and to speak to their students, colleagues, and head of department.

Following Friday’s event, Jane said: “I’m really delighted to receive this award – definitely the high point of my teaching career. I’d like to say a big thank you to all my colleagues and partners (Living Space Project and Environmental Law Foundation) who have supported my teaching, events and development of courses and to my students for making teaching so stimulating and rewarding.”

In response to the announcement, Dean of UCL Laws Professor Dame Hazel Genn said: “This award recognises the huge contribution that Jane has made to teaching and experience of UCL Laws students over the years. Her enthusiasm for her subject and devotion to her students means that this award is truly well deserved.”

This is not the first time that Jane has been recognised for her excellence in teaching. In 2014, alongside Dr Russell Hearn of the UCL Medical School, she was named as the winner of the Outstanding Teaching category in the UCLU Student Choice Teaching Awards.

Professor Jane Holder joined UCL Laws in 1992 as a lecturer, and has gone on to develop courses in Environmental Law for undergraduate, LLM and PhD programmes. In 2010, she developed the Legal Action and Research for Communities and Sustainability (LARCS) project, which has provided a framework for UCL Laws LLM students to conduct research and provide advice to local communities. LARCS is supported by social enterprise Living Space Project and access to environmental charity, the Environmental Law Foundation.

“The feeling we had in her classes was a feeling of feedback. It was very Socratic, with a lot of enriching debate and you could see that she ran the course in a very smooth way. Part of the course was to write an extended essay. She was really helpful, not only by making recommendations on the topic that we could choose, but also guiding us in our research, especially encouraging us to do our best, and that’s the essence of a good teacher. Not someone who only tells you how things are, but someone who guides you to find it by yourself.”

“During my public engagement project – I was a second year PhD student then – my idea felt almost impossible. It required finding an artist, or an art organisation, and it required finding an organisation working with women refugees in London. Coming from a different country, I felt like I didn’t have the skills and the tools I needed to make that possible. Jane was just there near me from beginning to end, and until now, just constantly delivering me the message that she believed in me and she believed in my project at stages where I felt it was almost impossible.”