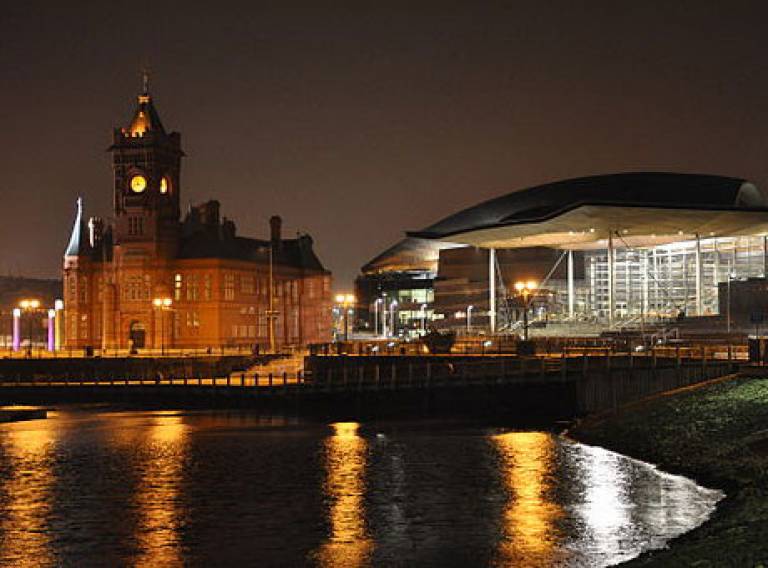 The lecture, ‘Political and Legal Responses to Territorial Constitutional Crisis’, provided an in-depth, personal analysis of the current constitutional settlements across the UK and attempted to answer some of the important issues facing the UK’s constitution.

Rapid constitutional change and the ongoing redistribution of law-making and governmental powers to different parts of the Union have led to a pervasive sense of constitutional crisis – and of opportunity – which has been most often been associated with Scotland and the question of its independence. However, devolution in Wales presents special challenges for constitutional and legal analysis, as well as distinctive perspectives on the Union. Commonly treated as a junior partner, Wales has not received the attention it deserves.

In his lecture, Professor Rawlings elaborated on the concept of a ‘new Union’, looking toward a looser, less hierarchical set of constitutional arrangements in which several systems of Parliamentary government are grounded in popular sovereignty and can cooperate for mutual benefit.

The Wales Governance Centre is a research unit based at Cardiff University, established to engage with the new system of devolved government following the creation of the National Assembly for Wales in 1999. Previous speakers in the Annual Lecture series have included First Minister of Scotland, Nicola Sturgeon; former UK Deputy Prime Minster, Nick Clegg; and former Welsh First Minister, Rhodri Morgan.

With the LSE’s Professor Carol Harlow, Professor Rawlings has also recently published Process and Procedure in EU Administration (Hart Publishing), which explores the administrative procedures of the European Union and examines and defines the diverse structures of the EU governance system.