Religious pluralism and secularism in Europe 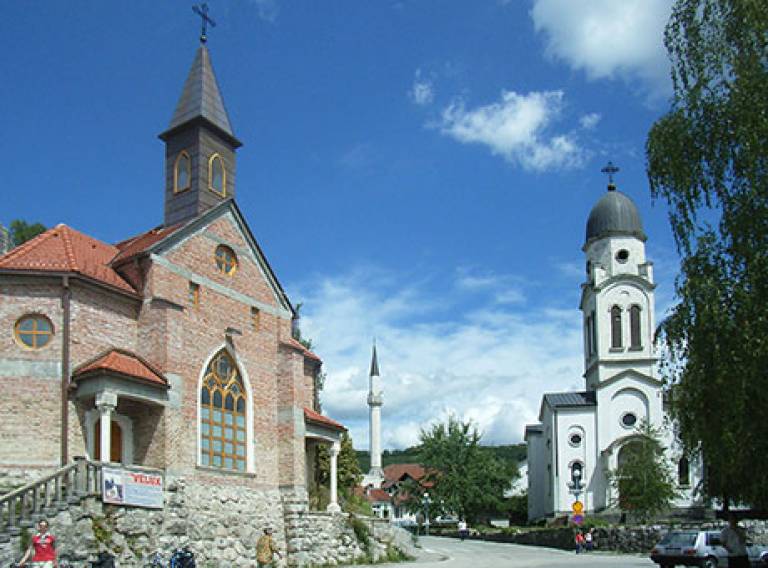 Dr Ronan McCrea will today criticise a report on the relationship between law and religion produced by a consortium universities from across the EU and Turkey at a conference on Religious Pluralism and Secularism in Europe.

The conference is part of the conclusion to RELIGARE, a three-year research project funded by the European Commission, whose final report calls for a more direct and active role for EU institutions in the development of a coherent policy framework to strengthen the fight against discrimination on the grounds of religion or belief.

The report recommends an approach that is compatible with a democratic understanding of the functioning of pluralist democracies, which could help overcome divisions and segregations in societies across the EU.

Dr McCrea’s main criticism of the RELIGARE report is that it has not taken account of the complex (and conflictual) nature of the relationship between freedom of religion and other rights such as privacy and equality, and that it proposes an unrealistic expansion of EU activity and authority in the area of religion and law.

Explaining his criticism of the RELIGARE report, he said: “I question their claim that the EU should have a neutral approach to freedom of religion. I argue that religions make very different claims and the law cannot be neutral in the sense of being equally easy to comply with for all faiths.

“What is important is that the law is fair to all, it is impossible for it to be neutral as there will always be claims made by faiths that a liberal legal system cannot recognise.”

Find out more about RELIGARE