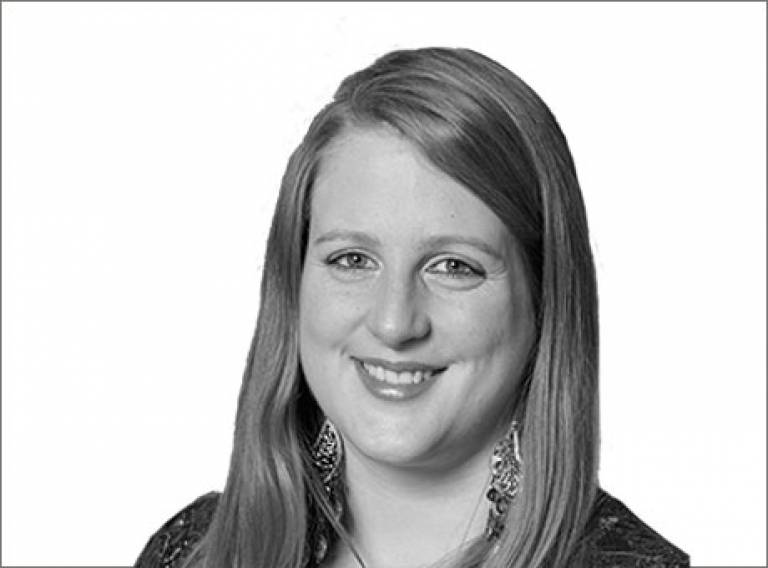 Rachel Knowles, a Teaching Fellow at the UCL Centre for Access to Justice and Senior Education and Community Care Solicitor for the charity Just for Kids Law, has successfully challenged changes to statutory guidance on permanent school exclusions, issued by the Department for Education (DfE).

As part of the revised guidance, Exclusion from maintained schools, academies, and pupil referral units in England, published in January, the thresholds that a child’s behaviour needed to exceed to warrant permanent exclusion were significantly reduced, making it much easier for head teachers to exclude a child from school.

In response, Rachel threatened the DfE with judicial review, arguing in a pre-action letter that the changes were unlawful due to a lack of public consultation, and alleging that the DfE had failed to fully consider the potential impact the proposed changes could have on vulnerable groups.

Under existing guidance issued in 2012, head teachers were advised that the decision to permanently exclude a child should only be taken if behaviour demonstrated a serious breach, or persistent breaches, of the school’s behaviour policy, and caused serious harm to the education or welfare of the child and other pupils at the school.

The new guidance lowered this requirement to one that ‘would be detrimental’ to the child’s education or welfare, or to that of others at the school. Additionally, children now needed to meet only one of two behaviour criteria to be excluded permanently, while advice that permanent exclusion should only be used ‘as a last resort’ was omitted.

Following the threat of legal action, the Schools Reform Minister Nick Gibb, announced on Monday 2 February that the revised guidance would be withdrawn and that updated guidance would be issued in due course. The DfE has also clarified that exclusions made during January should be reviewed in line with the 2012 guidance.

Commenting on the DfE’s decision to publish – and then withdraw – the guidance on BBC Radio 4’s Law in Action, Rachel said: “Perhaps they [the DfE] should have considered what they were doing more carefully before they published guidance that was quite detrimental to a large number of vulnerable young people. When your child is excluded from school, it’s a very emotional and stressful time, and you’re not thinking about anything else.”

Just for Kids Law is one of only three organisations in London providing free legal advice for school exclusions following cuts to legal aid, and outside of the capital, support is scarce. Since the legal challenge, the DfE have invited Rachel to meet to discuss the development of further guidance.

Concluding her interview on Law in Action, she said: “My clear message is, if they are going to issue new guidance, they really do need to do a public consultation, because however nice it is that I get to meet with them, I’m not the only person who has an opinion on this.”

More about the exclusion guidance

The Telegraph: ‘Hooray for the Government’s U-turn on crazy school exclusion rules‘; ‘Working mums listen up! We’re in danger of getting our kids kicked out of class‘