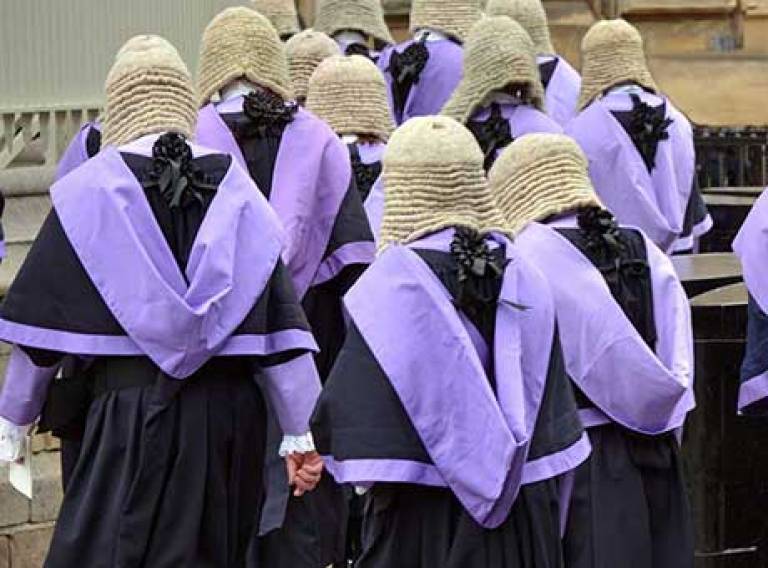 The UK Judicial Attitude Survey 2014 was carried out by Professor Cheryl Thomas, Co-Director of the UCL Judicial Institute, at the request of the senior judiciary in England and Wales, Scotland and Northern Ireland.

The results show that while judges have a strong personal commitment to providing a public service to the justice system, there are deep-seated concerns amongst most judges about the decline in working conditions in recent years, and this is could prompt an unprecedented departure of highly experienced judges in the next 5 years.

Commenting on the findings, Professor Thomas said: “The most significant findings of this study are that the overwhelming majority of judges at all levels of the judiciary now simply will not encourage suitably qualified candidates to apply to join the judiciary due to declining working conditions, including declining income, and there are very high proportions of judges that are now considering leaving the judiciary early in the next 5 years for the same reasons.”

The survey found that three-quarters of judges, 75%, have suffered a net loss of earnings over the last 5 years, and 78% said that their pay and pension together do not adequately reflect the work they do.

“The UK judiciary is recognised globally as one of the most respected, competent and independent judiciaries in the world. This has only come about because many of the most able lawyers in each generation have been persuaded to give up lucrative careers in practice to become salaried judges. They have done so because of their commitment to provide a public service as part of the justice system.”

“But unlike any other profession, lawyers that take up salaried positions in the judiciary are prevented from ever returning to practice law. This places judges in a unique position, professionally and financially. In order to maintain its international reputation, the judiciary must be able to provide reasonable working conditions that will persuade the best lawyers to become salaried judges.”

Almost a third, 31%, of the judiciary said that they would consider leaving the judiciary before they reached retirement age in the next five years.

In a joint statement in response to the survey’s findings, the Lord Chief Justice Lord Thomas and the Senior President of Tribunals Lord Justice Sullivan said: “The survey shows that many judges are feeling, in common with millions of other people, that their work has become harder year after year in many ways.”

“Their work is rewarding, but also demanding – confronting significant human suffering, loss and family breakdowns or untangling business transactions with livelihoods and businesses at stake. Judges are dedicated to their role, working harder and longer to keep standards high.”

The survey of judges’ attitudes was conducted in response to recommendations by the Senior Salaries Review Body (SSRB), which provides independent advice on the pay of senior staff in the public sector (including the judiciary, Armed Forces and Civil Service). Each year, the SSRB makes recommendations to the Government on the appropriate level of pay for senior public service posts based on an analysis of evidence provided by relevant organisations and comparisons across public and private sectors.

More about the Judicial Attitude Survey

‘Judges are fed up and it’s not hard to see why’: Joshua Rozenberg in the Guardian