Last week’s decision by an inquest jury that Mark Duggan was lawfully killed initially led to concern about further riots in Tottenham. 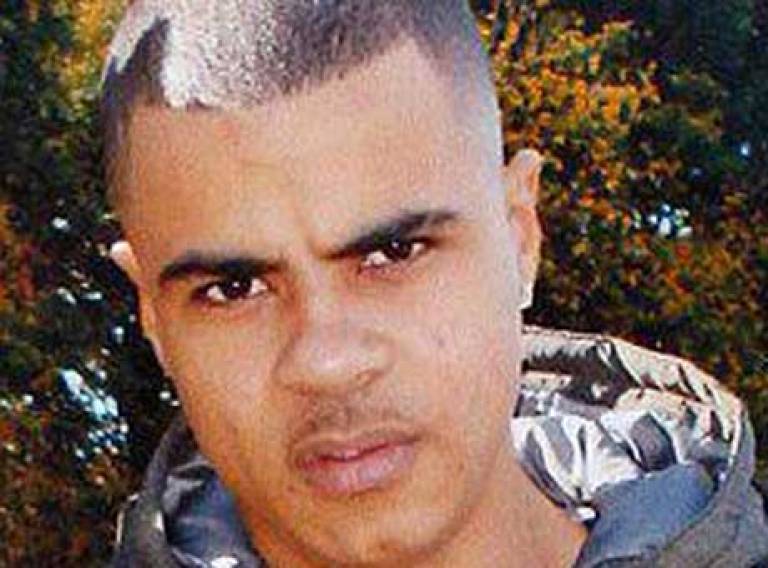 One major reason is the difficulty in accepting the conclusion of ‘lawful killing’ when the jury found that Mr Duggan did not have a gun at the time of the shooting, and also that ‘more could be done to gather and react to intelligence’ about the activities of Mr Duggan that day.

First we should understand the law as it presently is. The terms ‘unlawful killing’ and ‘lawful killing’, in a coroner’s court, refer only to the ordinary criminal law, and even then it has been limited by the courts to mean the offences of murder, manslaughter and infanticide.

Now, self-defence is a complete defence to murder, and in criminal proceedings, it does not matter whether a mistaken appraisal of immediate danger is foolish or in any way unreasonable – all that matters is whether the mistake was honestly made. This effectively means that it must be shown that the police aimed to shoot dead someone whom they really knew was unarmed and that there is no reasonable possibility of a mistake caused by the urgency of the situation or the nature of the briefing.

Notwithstanding the usual array of unanswered questions surrounding the killing, it is not surprising that the inquest jury declined to return a conclusion of unlawful killing, in the absence of any other suggested motive for officer V53 to have decided to kill Mr Duggan. The main precedent relates to the shooting of one Mr Stanley, who was carrying a table leg in a plastic bag which was mistaken by police marksmen to be a gun. It was decided on judicial review that, in the absence of any motive by the police to knowingly shoot the innocent man, the verdict of unlawful killing should not even have been left as an option to the jury. So as far as the inquest into Mr Duggan is concerned, the real surprise, if there is one, is that the inquest jury had been allowed to consider the verdict of unlawful killing in the first place.

If the law on corporate manslaughter were different, it might be possible to suggest in some such cases that the police authority itself committed the offence by aggregating all the individual contributory errors made by different police personnel in the planning of the operation. However, activities of the police are only covered by the Corporate Manslaughter and Homicide Act 2007, in respects of deaths in custody under s.2 (1). Under section 5 (1) of the Act, they are explicitly excluded in respect of operations where ‘officers … come under attack, or face the threat of attack or violent resistance, in the course of the operations’. So this avenue to an ‘unlawful killing’ conclusion is not open to the inquest jury either.

But perhaps the greater cause of misunderstanding about the Duggan case is that the term ‘lawful killing’ also only means that the jury thought it probable that the officer was covered by self-defence in criminal law – even if there might be every reason to suppose that either officer V53 or the Metropolitan Police might be liable in a civil suit. Statute forbids the expression of any such conclusion which suggests blame or other legal liability (Coroners and Justice Act 2009, s.5 (3)).

So, it may, for example, be that officer V53 committed the tort of battery when he shot Mr Duggan, because his belief that his life was in imminent danger might not have been reasonably held. This is because in the civil law, unlike the criminal law, mistakes about the need to use force in self-defence must be reasonably held. But we don’t know what the jury would have decided about the reasonableness of V53’s mistake because they were never asked to decide it – contrary to the impression given by some sources, including, apparently, the head of armed policing in London who is reported to have told the Guardian that ‘V53 has done nothing wrong in the eyes of 10 members of the public’.

And it is this, I think, which has exacerbated the tensions in the Duggan case. This is one situation where it is very important that the legal meaning of the term accords with popular meaning. Moreover, the limitations of the terms ‘unlawful’ and ‘lawful’ killing mean that the jury are not allowed to apportion blame to any failing which falls short of the threshold of murder or manslaughter. So the key questions on which families want clear answers in these sorts of cases – e.g., here why Duggan was suddenly under surveillance, whether there was good reason, either on the part of officer or the part of his superiors, to think that Duggan might use a gun – are usually not addressed in a judgemental way by inquest juries.

How should the law be improved?

In my view, we should revise the decisions of the courts that the terms ‘unlawful’ and ‘lawful’ killing refer only to the criminal offences of murder and manslaughter. They should instead refer to the commission of any criminal offence which has a causal link to the death, since by no means does every criminal act which causes death necessarily amount to manslaughter. Perhaps the most regular such offences that which are often charged in the criminal courts, but are not formally part of the law of manslaughter, are those of causing death by dangerous driving, and offences under the Health and Safety at Work, etc Act 1974.

This latter legislation is directly in point here. It penalises various failures to take reasonable steps to ensure a safe working environment. Unlike corporate manslaughter, this offence can be committed by the police even when in the process of operations to catch criminals and further only a breach of duty to those affected by the operations at work (and not a gross breach of duty) needs to be proven. This was the offence which was successfully charged in a prosecution against the Metropolitan Police in the de Menezes case, after the inquest jury in that case had been disallowed to consider any verdict of ‘unlawful killing’.

If we were to amend the law in this way, so that inquest juries could consider whether this offence has been committed too, the conclusion of ‘unlawful killing’ would then be much more likely in the cases of those who were wrongly killed. At the same time, unlike cases where an individual has committed murder or manslaughter, the public interest in such prosecutions may be debatable; after all any fines against the police which might result from a successful prosecution would ultimately come from the public purse. In such cases, an inquest conclusion of ‘unlawful killing’ might not only command respect from the public but (notwithstanding possible private settlements) might also be regarded as the final ‘public’ word on the incident from the perspective of all parties.