Jeff King, Senior Lecturer in Law at UCL Laws, has been awarded The Society of Legal Scholars’ Peter Birks Prize for Outstanding Legal Scholarship for his book, Judging Social Rights. 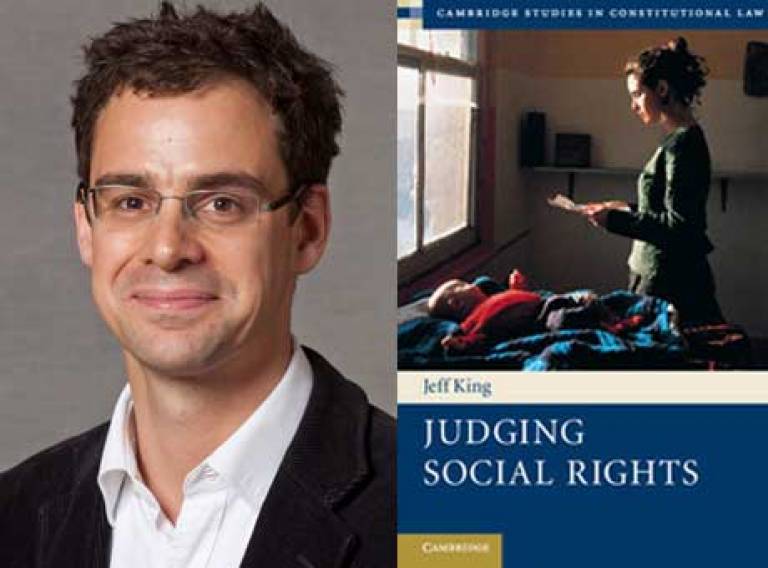 The announcement was made on 10 September at The Society of Legal Scholars Annual Conference, taking place at the University of Nottingham between 9 – 12 September.

The Peter Birks Prize is awarded to scholars in their early careers for published books, which are judged by the President of The Society of Legal Studies, the Vice-President, and the Immediate Past President. First prizewinners receive an award of £1,000, and second prizewinners £300.

Dr King’s winning book, Judging Social Rights, is published by Cambridge University Press as part of the series, Cambridge Studies in Constitutional Law. It presents an argument for why, under the right conditions, constitutionalising social rights can be a good way to advance social justice. The book combines theoretical, doctrinal, empirical and comparative analysis, and is written to be accessible to lawyers, social scientists, political theorists and human rights advocates.

Gleider I Hernández, The International Court of Justice and the Judicial Function (OUP)