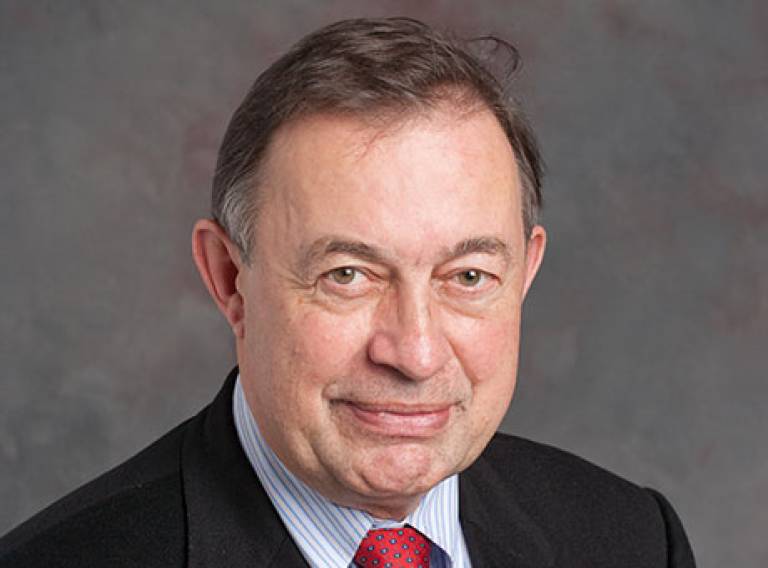 The Prize, which was established in 1973 in honour of the devoted supporter of environmental protection, Elizabeth Haub, recognises Professor Macrory’s exceptional accomplishments in the field of environmental law.

In reaching its decision, the Prize Jury noted Professor Macrory’s long career as an academic and practitioner, and his significant contribution to the development of the field of law at both domestic and international levels.

The Jury also highlighted the undisputed influence of his scientific publications and authoritative legal opinions on the interpretation and application of national and European environmental law by various legal instances.

Professor Macrory joined UCL Laws in 1999, and is currently the director of the Faculty’s Centre for Law and Environment and of the UCL Carbon Capture Legal Programme. He was the founding editor-in-chief of the Journal of Environmental Law, published by Oxford University Press, and is currently a legal correspondent to the ENDS Report.

In 2005, Professor Macrory was appointed by the Cabinet Office to lead a review on regulatory sanctions applicable to business generally. The final report, ‘Regulatory Justice – Making Sanctions Effective’, was published at the end of 2006. The government accepted all of the recommendations of the report, and his core recommendations on civil sanctions and regulatory governance are reflected in Part III Regulatory Enforcement and Sanctions Act 2008. In 2011, he was commissioned by Lord Justice Carnwath, Senior President of Tribunals in England and Wales to report on the potential jurisdiction of the new First Tier Environment Tribunal.

Professor Macrory is a barrister and a member of Brick Court Chambers, London. In 2000 he was awarded a CBE for services to the environment and law, and in March 2008, he was made honorary Queens Counsel. He was elected a Bencher of Gray’s Inn in 2010.

This is the second time that a member of the UCL Laws has been awarded the Elizabeth Haub Prize. In 2005, Professor Philippe Sands QC, received the prize for his work in the field.