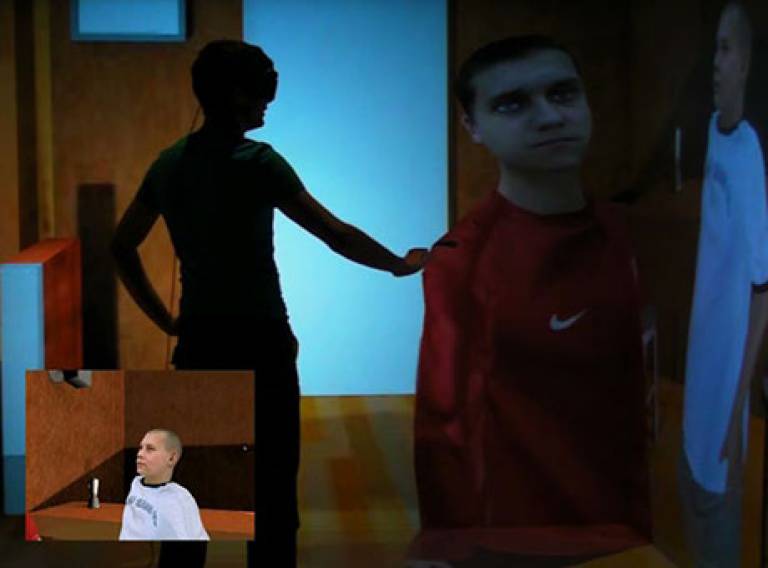 Today’s growing pressure on professional schools to produce graduates ‘who not only think ethically but act ethically’, assumes that dealing appropriately with ethical challenges is first a matter of getting our moral sums right then resolutely implementing the results of such sums.

This belief flies in the face of empirical research that highlights the myriad of factors shaping our moral attitudes (and actions). Among these factors, the impact of professional habits on the ethical sensitivity of professionals is seldom studied empirically.

In response to this conflict, Dr Sylvie Delacroix, Reader in Legal Theory and Ethics at UCL Laws, is working to develop a multidisciplinary pilot project with colleagues from across UCL to explore the use of 3D avatars as a means for students and professionals to learn about and experience ‘live’ ethical dilemmas.

The project, entitled: ‘Picking up ethical challenges within the humdrum of medical practice: does one ever get too used it?’, has recently been awarded funding from both Health Education North Central and East London (HENCEL), and the Wellcome Trust’s Society and Ethics Small Grants scheme.

This pilot study relies on highly immersive, virtual reality technology, allowing participants to enact, with the help of 3D avatars, a seemingly routine medical scenario, and test their ability to discern indications of underlying ethical concerns.

Exploring the possibilities of virtual reality

Through the use of 3D avatars, the project aims to explore how virtual reality can be employed in the education and continual training of medical professionals, as Dr Sylvie Delacroix explains: “It is a tool for learning and experiencing ‘live’ ethical dilemmas in such a way as to raise awareness of the variety of factors which contribute to the frequent discrepancy between abstract ethical stands and actual behaviour.

“This particular project looks at its application in the context of training (future) GPs. Since it is possible to control with precision the environment within which an ethical dilemma is experienced, and reproduce it at will, it enables the team to focus on one particular factor that may influence actual behaviour.

“The virtual reality tool also allows us to study the impact of professional habituation, i.e. repeated exposure to particular scenarios, on the way we end up making ethical decisions.

“While repeated exposure is usually concomitant with high degrees of expertise (which have been shown to enable the bypassing of cognitive processes altogether and intuitively ‘grasping’ the solution to a problem), it can also dampen the intensity of our emotional reactions.

“So the question is: will highly experienced GPs prove more capable of picking up on ethical challenges underlying what otherwise looks like a routine medical issue (in virtue of their high degree of expertise), or are they less likely to be emotionally engaged (because of the repeated exposure), and hence less aware, overall, of such underlying ethical issues?”

Students in both the LLM and LLB modules in Law and Ethics module recently had the opportunity to experience the virtual reality environment at UCL, known as ‘The Cave’ as part of their studies.

Their reactions to this help to demonstrate the impact of the technology and the scenarios it presents:

“I was surprised by my reaction of intervening and sacrificing one in order to spare six others. Even though I still can’t find such act morally justifiable, I suspect I would probably do the same should a similar scenario occur. I would very much welcome any opportunity of visiting The Cave again.”

“I found The Cave experience very interesting and the shooting incident took me totally by surprise. I wish that my reactions would have been quicker so that I could have saved more lives. I think that virtual reality is a better indicator of what people would actually do in dangerous situations than simple verbal examples as it makes you feel like you’re part of the situation.

“As for the use of virtual reality in general, I think it represents a very promising route for training in ethics. From the participants’ point of view, what such VR experiments reveal is that what a person says in a classroom is often not how a person actually behaves. Reflection on such discrepancies will probably help participants bridge the gap between the classroom and their practices, and hopefully result in more sincere discourse on ethics.”