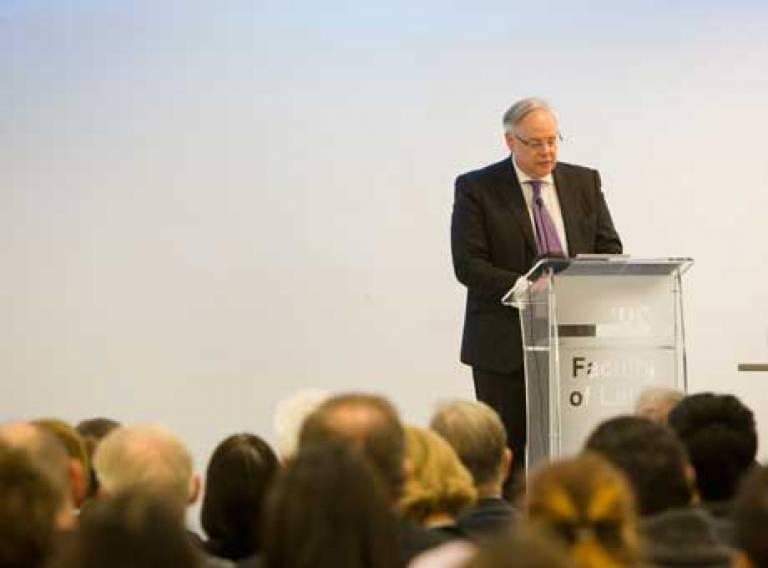 On Thursday 20 March, President Spielmann of the European Court of Human Rights (ECHR) gave a Current Legal Problems/Britain and Europe lecture at UCL Laws, which was chaired by President of UK Supreme Court, Lord Neuberger.

President Spielmann addressed the margin of appreciation in the case law of the ECHR, the doctrine according to which the Strasbourg Court sometimes recognises discretion to national authorities when dealing with political and social issues that raise particular controversy at national level. In a thoughtful and thought-provoking way, President Spielmann addressed the past and present of the doctrine, and discussed its possible future direction and implications. President Spielmann’s piece will be published in Current Legal Problems later this year.

The Dean of UCL Laws, Professor Dame Hazel Genn, who introduced the event, took the opportunity of President Spielmann’s lecture to mark his appointment as Honorary Professor at UCL Laws.