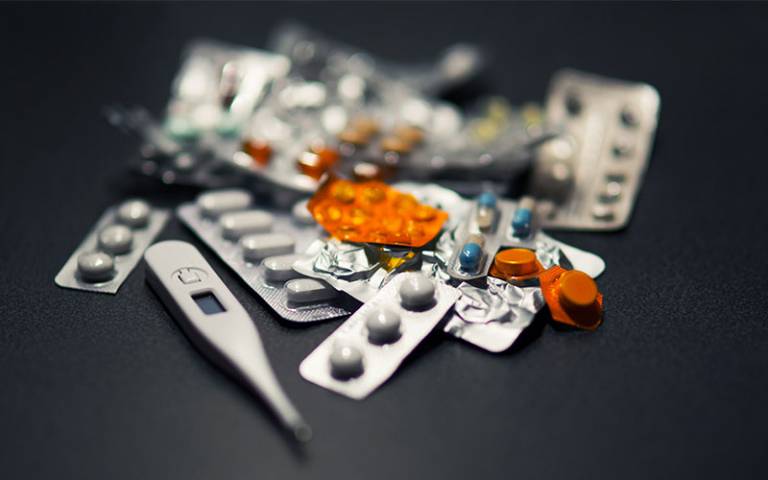 WATCH THE VIDEO OF THIS TALK

The IBIL Innovation seminar 2018, “Pregabalin: Where stand plausibility, Swiss-form claims, late amendment and more?” will investigate and analyse the content and impact of the Supreme Court’s highly anticipated decision in Warner-Lambert v Mylan.  Argued in the context of a Swiss-form European patent for the second medical use of pregabalin in the treatment of neuropathic pain, the Supreme Court was asked to consider a number of critical elements of patentability and patent infringement.  Its decision will undoubtedly set the scene for patent litigation in this area for years to come.  The main issues under consideration included:

The Swiss-form claim has been variously described as a “piece of judicial lawmaking which fudged some of the difficult issues”, an “adequate but exceptional solution” to the problem of enabling protection for second medical indications under the EPC 1973 and (somewhat less charitably) as a “chimeric Franken-cuckoo” hatched from the unsuspecting nest of the EPC.  Taking shape as purpose-bound process claims – i.e. claims directed towards a manufacturing process applied for a particular end – the Swiss-form was originally conceived as an attempt to navigate treacherous waters – waters bordered by two seemingly immutable prohibitions on patenting: the excluded and the old.  A jury-rigged solution to a thorny problem, the Swiss-form claim promised to extend patent law’s incentives to the discovery of new and useful functions of existing medicaments: repurposing the old to create the new.  Created for undoubtedly noble reasons, the Swiss-form claim nevertheless left “intractable problems for an infringement court”. Such issues are only now being grappled with.

Plausibility is a similarly original concept.  It finds no mention in the Patents Act 1977 or the European Patent Convention, and yet in recent years has become a buzzword in patent litigation – being raised as an issue under the umbrella of inventive step, industrial application and sufficiency as a means of weeding out so called ‘speculative’ patents.  Indeed, as the authors of the 18th Edition of Terrell on the Law of Patents note: despite the previous edition containing “no reference to the objection of want of plausibility. At the time of writing most cases of invalidity being argued before the Patents Court now contain an allegation that the teaching of the patent is not plausible.”  However, with the Supreme Court’s decision its continued application lies in the balance.

Our expert panel will discuss the implications of the decision and debate whether or not it got things right this time...

Hon. Edger F. Brinkman (Court of The Hague, The Hague)  spent a year in the Court of Appeal but has returned to first instance and much prefers being a trial judge.  He missed the freshness of the cases and (like Rian) the vibrancy and speed of summary proceedings that can be completed in just a few weeks.  His preference is for patents, especially pharmaceutical patents, which remind him of his chemistry background.  He enjoys the trials themselves most, and very much likes asking "trick" questions - he is most annoyed when advocates know the answer!  He is in favour of specialist courts, but queried whether judges should stay on those courts for the entirety of their careers.

Dr Ursula Kinkeldey was from 1994 to 2010 chair of Technical Board 3.3.04 of the European Patent Office (the first Biotech-Board) and from 2004 to 2010 Permanent Member of the Enlarged Board of Appeal of the European Patent Office. Before she was was appointed a Member of the Boards of Appeal in 1988 she, after having passed the German Patentanwalts-Exam and the European Qualification Patent Exam she was member of the German Patent Law Firm Gruenecker, Kinkeldey, Stockmair and Partner. Her scientific qualification is a Diploma Degree in Biology and a PhD in molecular genetics at Ludwig Maximilian University Munich. Since her retirement from chairmanship of Technical Board 3.3.04 of the European Patent Office she is back in private practice and consulting by conducting Mock-Hearings, writing Opinions and participating at big and complex life-science patent disputes.

She was lecturer at the ETH Zürich „Patenting on life forms“ from 1996 to 2010.
She conducted numerous seminars and lectures world-wide relating to patentability issues of any kind of life forms.

She is co-editor and co-author of the German Commentary Book „Benkard EPü", 2nd and 3rd Edition.

Dr. Matthias Zigann is Presiding Judge at the Regional Court Munich I. There he has been the head of the 7th (patent) division since December 2012.  After a three-year fellowship at the Max-Planck-Institute for Innovation and Competition in Munich he served as a public prosecutor in Landshut for four years and as a regular member of the 7th division of the Regional Court Munich I  for six years. Prior to his appointment as presiding judge he was seconded to serve as a research associate with the Xth civil (patent) division of the German Federal Court of Justice in Karlsruhe for three years.  He is co-author of Haedicke/Timmann, Handbuch des Patentrechts [= Patent Law Handbook], 1st ed. 2012 (2nd ed. planned for 2019), and Cepl/Voß, Prozesskommentar zum Gewerblichen Rechtsschutz [= Commentary on Procedural Law in IP Cases], 2nd ed. 2018. Matthias is a frequent speaker at national and international conferences.