Human Rights and Corporations – Where are we now? 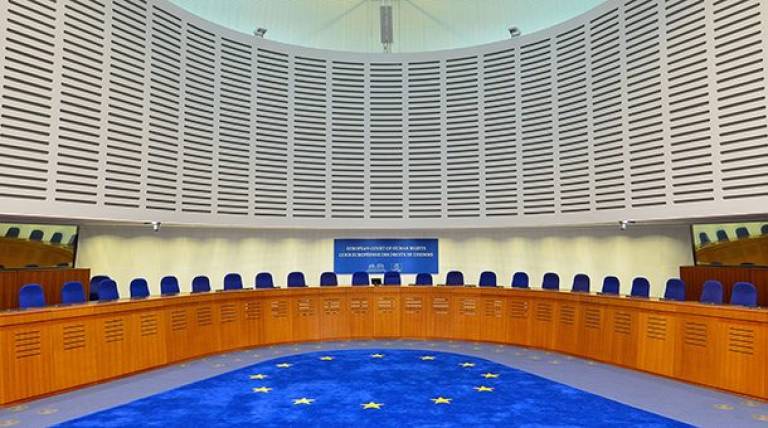 Do corporations have human rights? The Strasbourg Court has responded clearly in a positive way to this question. In fact, article 1 of Protocol 1 itself speaks of a right to property for “every natural or legal person”. In addition, various articles of the European Convention on Human Rights have been interpreted by the Court in a way which accommodates corporations and other legal persons as rights-holders.

This talk aims at giving a picture of corporate protection under the European Convention on Human Rights. Banks, insurance companies and many other for-profit enterprises, as well as non-profit organizations, have argued their cases successfully before the Court.

The study of fundamental rights’ litigation before domestic courts must be complemented with a deep knowledge of the possibilities that the European Convention offers for protection of the rights and interests of corporations and legal persons. Otherwise they lose sight of a precious legal avenue that is available to them in Strasbourg.

This talk also addresses the position of corporations and other legal persons as duties-holders, especially with regard to employees, trade unions and independent regulators. The private business sector has responsibilities regarding the realization of human rights. The merge of business law and human rights law is today more than ever an obvious litigation advantage, but also an effective preventive instrument of litigation itself. Conflicts can be anticipated and costly sanctions can be avoided when corporations are attentive to their human rights’ obligations. By incorporating human rights in their daily strategy, corporations promote their own social responsibility.

Paulo Pinto de Albuquerque has been Judge of the European Court of Human Rights since 2011. Between 1992 and 2004 he sat on the bench of different courts in Portugal. Since 2015, he is Professor Catedrático at the Law Faculty of the Catholic University of Lisbon, where he teaches Criminal Law and Procedure, Penitentiary Law, Public International Law, International Law of Human Rights and Philosophy of Law. He has published widely in these fields of law. He has been Visiting Professor in the USA and China and addressed audiences in Angola, Belgium, Brazil, China, France, Germany, Guiné, Italy, Portugal, Spain, Switzerland, Turkey, United States and United Kingdom. He has worked as an expert  for the Council of Europe and the European Commission of the European Union. He is currently a member of several international law associations.