An Essential Alliance: Climate Change and the Law 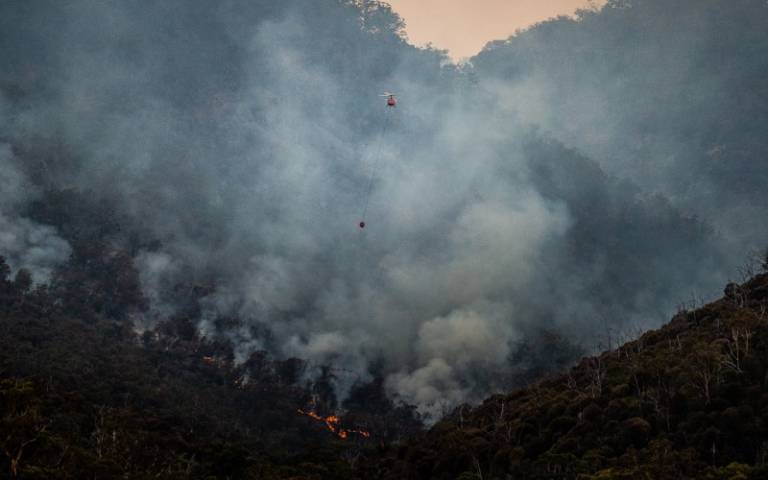 The fate of the climate and the future of the law are intimately entangled. The rule of law is a crucial precondition for the success of climate policy. Climate policy failure is not inevitable but it is imminent. Avoiding failure means an end to the burning of fossil fuels by mid-century. Success means transforming the way we deliver affordable energy to eight billion people.

Law encodes, and the rule of law guarantees, our expectations of each other. Without confidence in the rule of law, contracts of all kinds – social and economic, explicit and implicit – are readily broken. Investment ceases and raw power becomes the only way human and property rights can be defended.

Climate policy failure risks the inexorable collapse of the rule of law. We are accustomed to hearing about the physical impacts of climate change on ice sheets, glaciers, sea levels, storms and heatwaves. Lately, we have begun to see directly how terrifyingly disruptive such climate impacts can be to daily lives.

We are yet to grasp just how corrosive climate change will be to the food and water security that underpins social cohesion. Without social cohesion, as is readily visible around the world, the rule of law is impossible.

But the rule of law is also a precondition for climate policy success. Despots, to hold on to power, undermine the machinery societies develop to learn from their mistakes: a free press, an independent judiciary, an impartial and incorrupt public administration, for instance. There is no mistake-free path to climate policy success.

This makes democratic government, or the best approximation to it we can get, a necessary condition for climate policy success. The extraordinary events in Washington D.C. on January 6th 2021 were the clearest possible demonstration of the vulnerability of even one of our strongest democracies to a breakdown in the rule of law.

The rule of law should not be confused with the presence of legal texts. This idea was brought to life for me in 1990 by the Environment Minister of Czechoslovakia. He explained to me that, under the Communists, the Health Ministry had passed a long and detailed list of discharge limits for rivers. A comprehensive list of all the illegal discharges into the Vltava River had even been published. The Ministry of Industry had then exempted every one of those discharges from the requirement to comply with water pollution laws.

Most people obey the law because they are confident that most other people will do likewise. This cultural capital is one of our most valuable assets. It is built on a foundation of confidence in the mechanisms for ensuring that those who do not obey the law will be held to account.

Those mechanisms in Britain are now under threat from a conjuncture of neglect, complacency and hostility.

If you do not have enough policemen, properly resourced, to investigate crimes, that confidence is sapped.

If you cannot determine whether someone is innocent or guilty, liable or clear of wrongdoing, because there are not enough court rooms or judges to ensure timely trials, then that confidence is sapped.

If you cannot afford to get a fair hearing for some dispute in which you are involved because legal aid is no longer available, that confidence is sapped.

If you cannot seek redress for a failure by some public body to discharge its responsibilities lawfully because access to judicial review has been restricted and the cost of using it made prohibitive, then that confidence is sapped.

If the law is so complex to understand that it is not known or properly implemented, then that confidence is sapped.

Such insidious attacks on the rule of law are well known to lawyers, but not to the public at large. They are not well known to the climate community which is now listened to attentively by an increasingly anxious public.

There needs to be a much more strategic alliance in which the climate community invests its hold on public attention in defending the rule of law and the legal profession deploys its skills in the struggle to overcome the political obstacles that are the main barriers to climate policy success.