Corporations, Climate Change Litigation, and the Rule of Law

By Joana Setzer and Catherine Higham1 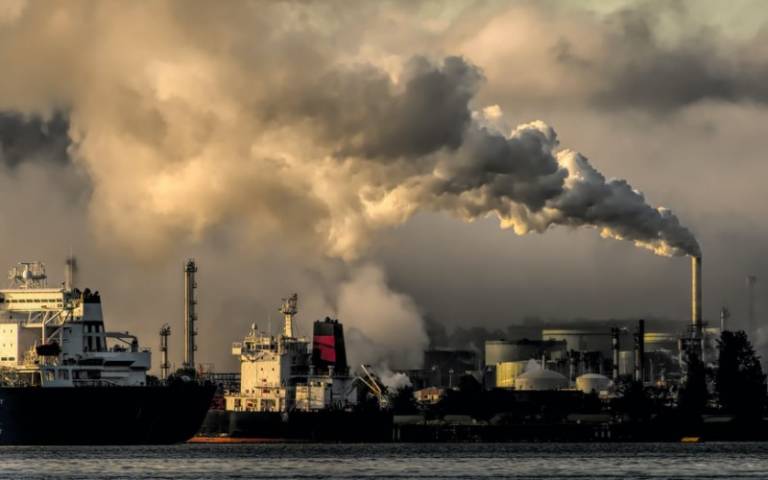 Since the signing of the Paris Agreement in 2015, the number of cases challenging a lack of action and ambition on climate change on the part of both governments and high emitting companies has significantly increased in courts around the world. The 2021 landmark Dutch case of Milieudefensie v Royal Dutch Shell Plc sends a striking signal that some courts may agree with legal activists that private companies in particular have a case to answer, even if that presents a fundamental challenge to existing business models. However, there is significant variation in the way that courts globally are treating claims against major emitters, and addressing climate change by litigating against individual companies may challenge another core legal principle: the need for legal certainty. In this blog, we explore the tensions presented by such cases, focusing on two key examples decided in 2021, the Shell case and the New Zealand decision of Smith v Fonterra Co-Operative Group Limited. We also consider the potential impact of cases against governments on private sector actors, arguing that such cases may present an avenue for resolving some of the tensions presented by direct litigation against companies.

In May 2021, climate change litigation again made global headlines in the wake of an unprecedented judgment issued by the Hague District Court in the case of Milieudefensie v Shell. The case was filed in 2019 by Milieudefensie, six other nongovernmental organizations and over 17,000 Dutch citizens. The plaintiffs argued that Royal Dutch Shell has an obligation (based on the unwritten standard of care established in Book 6 Section 162 of the Dutch Civil Code) to prevent dangerous climate change. The plaintiffs argued that this standard of care should be interpreted in light of international norms of responsible business conduct, including the UN Guiding Principles on Business and Human Rights, which require companies to anticipate, avoid and/or mitigate environmental and human rights impacts to which their activities contribute. The court partially accepted this argument and ordered Shell to enhance the ambition of its emissions reduction efforts, requiring the company to set – and meet – companywide emissions reduction targets of 45% below 1990 levels by 2030.

Proponents of cases like Shell argue that they are a critical means of applying key legal principles to the issue of climate change, particularly when justifying decisions to keep fossil fuels in the ground. Drawing on internationally recognized legal principles such as the no harm principle and the polluter pays principle, those arguing in favour of legal recognition of emissions reduction obligations on the part of companies emphasise that it is entirely consistent with principles of equity and fairness for such companies to bear the costs of emissions reductions given that many have benefited extensively from past high emitting activities.

Those on the other side of the debate, including Shell, argue that it is unfair to penalize one company for its emissions when others may simply take over any assets that are sold off in response to a court-imposed order. The Hague District Court responded directly to such arguments, stating that ‘the not-disputed responsibility of other parties… [does] not absolve RDS [Royal Dutch Shell] of its individual responsibility regarding the significant emissions over which it has control and influence…each company must independently work towards the goal of net zero emissions by 2050…’. In terms of legal certainty, the Court is suggesting that all major corporate emitters should be on notice as to potential liability.

In Smith v Fonterra, a different approach was taken by the New Zealand Court of Appeal, indicating that individual corporate liability for climate impacts may give rise to unworkable and arbitrary legal principles. In this case, an elder of Ngāpuhi and Ngāti Kahu and the climate change spokesperson for the Iwi Chairs Forum brought a claim against seven meat and dairy New Zealand companies, claiming that emissions arising from their activities caused a real and foreseeable risk of harm to him and others like him. The case was argued in public nuisance, negligence and a new suggested tort of ‘breach of duty’. As in Shell, the claimant requested injunctive relief in the form of an order requiring the defendants to reduce their emissions to net zero, although in this case the claimant argued for net zero emissions by 2030.

The New Zealand Court of Appeal dismissed Mr Smith’s claims. In assessing whether common law tort presented a suitable vehicle for addressing climate change, the court noted significant conceptual and institutional problems with establishing a duty in tort, particularly because ‘every person in New Zealand — indeed, in the world — is (to varying degrees) both responsible for causing the relevant harm, and the victim of that harm’. The Court held that the ‘sweeping social and economic consequences’ entailed in holding that private entities had individual responsibilities to reduce their emissions were too great. The Court held that the claimant’s claims amounted to a request for a ‘a court-designed and court-supervised regulatory regime’, one which the courts did not have the institutional capacity or mandate to create, and which would result in an ‘ad hoc and arbitrary’ approach to addressing climate change that is highly undesirable. Despite its firm dismissal of the case, the Court nonetheless noted that the courts do have a role in addressing climate change ‘in holding the government to account’.

Rather than focusing on direct litigation against high emitting corporate actors, litigation against governments, which challenges either a lack of ambition or a lack of implementation of climate goals, may have far-reaching impacts for business. In our Global Trends in Climate Litigation: 2021 snapshot report, we have identified over 90 such ‘climate commitment cases’ against governments. which push for increased government ambition, greater parliamentary attention, and correspondingly may lead to increased regulation that impacts the private sector. Such cases support the emerging consensus around the rapid action required to meet global temperature limits represented by the Paris Agreement and reinforced by the 2018 publication by the Intergovernmental Panel on Climate Change (IPCC) of the Special Report on 1.5 Degrees.

Climate commitment cases against governments also seek what the United Nations Global Compact defined as a strong rule of law: an environment where governments give business the stability of knowing that rights are protected through clearly written laws, an independent and impartial judiciary and public institutions that empower business and individuals to make a positive contribution to the economy and society. As such, they provide a crucial avenue for hastening necessary action while avoiding the tensions created by direct litigation against the private sector.

In the continued absence of rapid government action to regulate corporate emissions, more litigation against companies is likely. However, such cases do raise significant questions about the certainty and clarity of the law, particularly for companies operating transnationally. While Shell shows it is possible for courts to tackle these issues head on, the principles necessitating climate action may be better incorporated into the law through legislation. Whether or not subject to successful climate commitment cases forcing them to do so, governments around the world must urgently introduce clear and consistent emissions reduction obligations to give regulatory direction to companies, both to uphold their own legal duties and obligations and to reduce the scale of the challenge that climate change poses for the rule of law.