OPERA will investigate a new unobtrusive sensing technology for CONTEXUAL SENSING - defined as concurrent physical activity recognition and indoor localisation - to facilitate new applications in indoor monitoring and Ambient Assisted Living (AAL). The OPERA platform will be integrated into the "SPHERE long term behavioural sensing machine" to gather information alongside various other sensors around the home so as to monitor and track the signature movements of people.​

The OPERA system will be built around passive sensing technology: a receiver-only radar network that detects the reflections of ambient radio-frequency signals from people - in this case, principally, the WiFi signals in residential environments. These opportunistic signals are transmitted from common household WiFi access points, but also other wireless enabled devices which are becoming part of the Internet of Things (IoT) home ecosystem.​
​
The project will make use of cutting-edge hardware synchronisation techniques, and recent advances in direction finding techniques to enable accurate device-free (non-cooperative) localisation of people. It will also employ the latest ideas in micro-Doppler radar signal processing, bio-mechanical modelling and machine/deep learning for automatic recognition of both everyday activities e.g. tidying and washing-up, to events which require urgent attention such as falling. OPERA is expected to overcome some of the key barriers associated with the state-of-the-art contextual sensing technologies. Most notably non-compliance with wearable devices, especially amongst the elderly, and the invasion of privacy brought about by the intrusive nature of video based technologies.​ 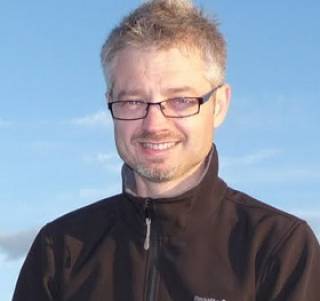 Rob is full Professor in the School of Computer Science, Electrical and Electronic Engineering and Engineering Maths. His research interests span the areas of Connected Intelligent Systems, Wireless Networks, Information and Communication Theory, Statistics and AI. His engineering domain expertise is wireless sensing for eHealth and Connected and Automated Vehicles (CAV). He has published over 200 papers in international journals and conferences and  holds 13 patents in these areas. He has lead wireless connectivity and sensing research activities for the IRC SPHERE project (winner of 2016 World Technology Award). He is CI on research grants totaling over £20M, and PI for several current high-profile projects in networks, connectivity and sensing funded by industry, Innovate UK and EPSRC such as VENTURER, FLOURISH, NG-CDI, OPERA, CAVShield (>£4M). Rob regularly advices  industry and the Government on many aspects related to connected intelligent technologies and data sciences.
Kevin Chetty 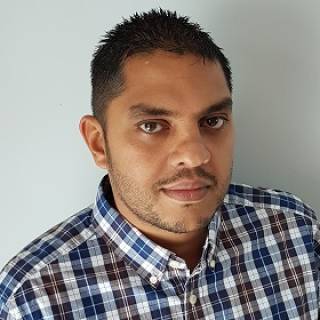 Kevin is an Associate Professor at University College London. His research expertise lies in the field of radio-frequency (RF) sensing, and radar signal processing using machine learning. Major achievements in RF sensing include demonstrating the first detections of personnel targets using passive WiFi radar, and proving the ability of these systems to perform through-the-wall sensing at standoff distances. In the signal processing domain Kevin’s work has focused on classifying peoples actions based on their radar micro-Doppler signatures for applications in both security and e-healthcare. His work in this area also covers indoor mapping, target tracking, and high-throughput data processing. Kevin is author to over fifty peer reviewed publications and has been an investigator on grants in passive wireless sensing and FMCW radar for microDoppler target classification funded by EPSRC, EU Joint Research Centre, UK Ministry of Defence/Dstl and the UK Maritime & Coastguard Agency. He also sits on the Technical and Organising Committees for the International Security & Crime Science conference and is a member of the IEEE and IET, and reviewer for a number of high-esteem journals including: IET Radar, Sonar and Navigation; IEEE Geoscience & Remote Sensing; and IEEE Communications magazine.
Nic Lane Nic is an Associate Professor in the Computer Science department at the University of Oxford, where he leads the Machine Learning Systems lab. This lab is part of the Cyber-Physical Systems group. At Oxford, he is also a Fellow of Kellogg College, and teaches machine learning on the Professional Masters Program. Along side his academic roles, he is a Programme Director at the recently announced Samsung AI Center in Cambridge. Broadly, Nic’s research interests revolve around the systems and modeling challenges that arise when computers collect and reason about sensor data. In the past, he has developed computational models of human behavior and context (using audio, image, location and inertial data), in addition to algorithms and systems software for mobile and embedded platforms. More recently, his work has focused on high efficiency deep learning and enabling training and inference to occur within limited compute, memory and energy budgets.  Previously, Nic held dual academic and industrial appointments as a Senior Lecturer (Associate Professor) in the Computer Science department at University College London (UCL), and a Principal Scientist at Nokia Bell Labs. At UCL he was part of the Digital Health Institute and UCL Interaction Center, while at the Bell Labs he led DeepX – an embedded focused deep learning unit at the Cambridge location. Before moving to England, Nic spent four years at Microsoft Research based in Beijing. There he was a Lead Researcher within the Mobile and Sensing Systems group (MASS). In March 2011, he received a Ph.D. from Dartmouth College.
Ian Craddock 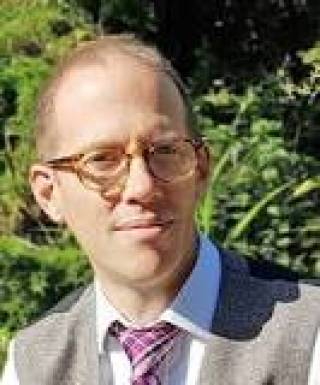 Ian is a Professor in the Faculty of Engineering at the University of Bristol. He is Institutional Lead for Digital Health, leading a programme of investment and research development across six faculties of his University. He leads the EPSRC funded "SPHERE" IRC programme, one of the UK's largest digital health research projects. His track record includes the successful commercialisation of a medical device. He was employed by Toshiba corporation as Managing Director of their research laboratory in Bristol from 2011 to late 2018. Ian's research interests including embedded AI for constrained devices such as wearables, the use of AI in clinical decision support, the analysis and visualisation of time-domain streaming data and the interface between health, AI and society.
Karl Woodbridge 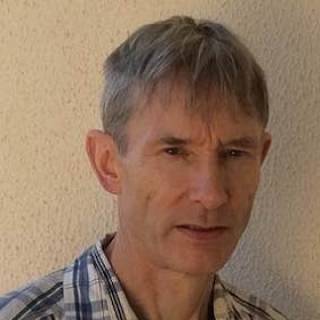 Karl is Emeritus Professor of Electronic and Electrical Engineering at University College London. Recent research interests include multi-static and software-defined radar systems, passive wireless surveillance and Doppler classification using machine learning methods. Current research is focussed on the development of passive wireless based sensors for activity detection and classification with application to Healthcare, IoT and Security. He is a Fellow of the IET, a Fellow of the UK Institute of Physics and a Senior Member of the IEEE. He has published or presented over 200 journal and conference papers in the areas of semiconductors, photonics and RF sensor systems.
Raul Santos-Rodriguez 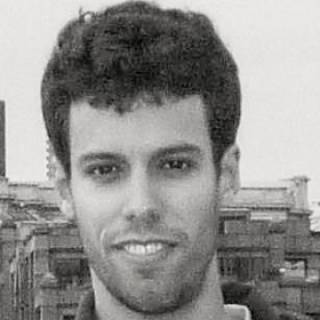 Raul is a Senior Lecturer in Data Science and AI at the University of Bristol. His research interests lie in machine learning, data science, artificial intelligence and their application to healthcare, media analysis, music information retrieval and more. After a year as a data scientist developing large-scale recommender systems for a content provider company, in 2014 Raul moved to IPL, Universitat de Valencia, where he was a Research Fellow working with Prof Gustau Camps-Valls. Before, he was a post-doctoral researcher at the Intelligent Systems Laboratory, University of Bristol, working with Prof Tijl de Bie. He completed my PhD in Machine Learning in 2011, under the supervision of Prof Jesus Cid-Sueiro. He spent research visits at University College London, University of Bristol, University of Tromsø and NICTA.
Jonas Paulavicius 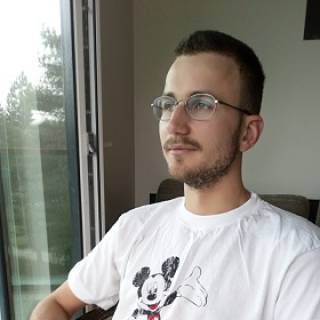 Jonas works on deep learning for indoor sensors, mostly focusing on active non-intrusive sensing with radar. His main interests are in practicalities of model deployment - model trust and continuous learning. He is also interested in model-based reconstruction and functional priors in deep learning.
Shelly Vishwakarma 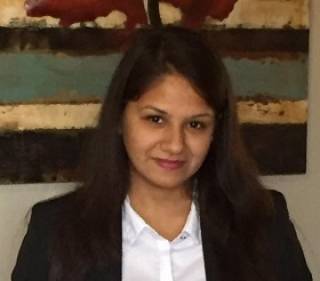 Shelly received the B.Tech and M.Tech degrees in electronics and communication engineering from Guru Gobind Singh Indraprastha University, Delhi, India, in 2011 and 2013, respectively, and the Ph.D. degree from Indraprastha Institute of Information Technology Delhi, New Delhi, India, in 2020, in micro-Doppler radar based detection, classification and imaging of indoor targets. She is currently a research fellow with the Department of Security and Crime Sciences, University College London. Her interests include micro-Doppler based passive sensing of indoor occupants.
Mohammud Junaid Bocus 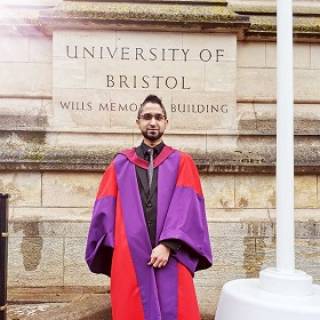 Mohammud received the B.Eng. degree (first-class honors) in Electronic and Communication Engineering from the University of Mauritius, Mauritius in 2012, the M.Sc. (Distinction) degree in Wireless Communications and Signal Processing from the University of Bristol, Bristol, U.K, in 2015 and PhD degree in Electrical and Electronic Engineering from the University of Bristol, Bristol, U.K, in 2020. His research interests include terrestrial and underwater wireless communication based on orthogonal frequency-division multiplexing (OFDM), filter-bank multicarrier (FBMC) modulation, multiple-input multiple-output (MIMO) and massive MIMO systems as well as video coding. He is currently working on the OPERA project as a research associate, focusing on activity recognition and localisation using commodity WiFi and ultra-wideband (UWB) systems.
Wenda Li 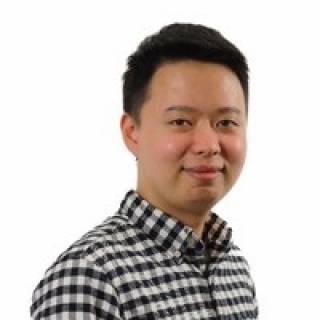 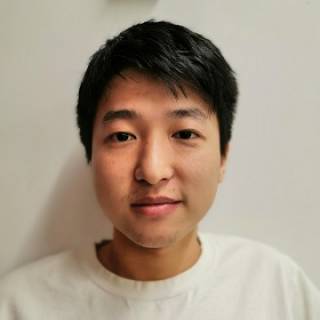 Chong is a PhD student in the UCL Department of Security and Crime Science, where he is investigating the applicability of passive WiFi radar technology for occupancy detection and human-skeletal model reconstruction using only Doppler data. He has received a Bachelors degree in Automation and Electrical & Electronic Engineering from University of Nottingham in 2018, and a Masters degree in Robotics from UCL in 2019.

Project OPERA is funded by EPSRC. 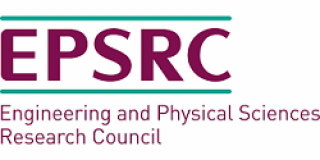 The project team are from the following institutions:

The project partners are: