From Sade to Slade: Background music in theatre can hinder smooth operations

Today patients are placed under anaesthetic before they enter the theatre; and music is routinely played for the benefit of clinical staff. New theatre suites are often equipped with docking stations and MP3 players and portable speakers are regularly used during operations.

Many surgeons find that music helps their concentration. However, a study from the IOE and Imperial College London suggests that communication within the theatre team can be impaired when music is playing. For instance, surgeons' requests to nurses for instruments or supplies often have to be repeated and the researchers found qualitative evidence of frustration or tension within some of the teams. The need to ask for requests to be repeated can increase an operation's length by over a minute.

Using innovative video technology, the study investigated how music affected nursing and theatre staff during 20 'real time' surgical operations. Video recordings, from multiple cameras placed at strategic points, gave researchers an insight into the verbal and non-verbal communications between operating teams as operations happened. Twenty operations (in total lasting approximately 35 hours) were analysed, 70 per cent of which had music playing.

Dr Terhi Korkiakangas, a lead author from the IOE, said: "In the operating theatres we observed, it was usually the senior medics of the team who made the decision about background music. Without a standard practice of the team deciding together, it is left up to junior staff and nurses to speak up and challenge the decisions of senior doctors, which can be extremely daunting."

Sharon-Marie Weldon, the other lead author, from the Department of Surgery and Cancer at Imperial College London, said: "Music can be helpful to staff working in operating theatres where there is often a lot of background noise, as well as other distractions – it can improve concentration. That said, we'd like to see a more considered approach, with much more discussion or negotiation over whether music is played, the type of music, and volume, within the operating teams."

The role of music in the OT has not gone unnoticed by the media, the study notes. For example, background music is often played as surgeons operate in the TV medical series Scrubs.

The researchers warn that patients and the general public may be receiving a one-sided media portrayal of surgical teams "always working like 'smooth operators' under relaxing music. In reality, the music played in the OT ranges from classical to heavy metal".

How the music was played and controlled was important, too. If playback volume from digital sources was not standardised, there could be sudden increases in volume, between tracks. Sometimes staff turned up a popular song, again leading to a sudden increase in volume that could mask instructions and other verbal communications. 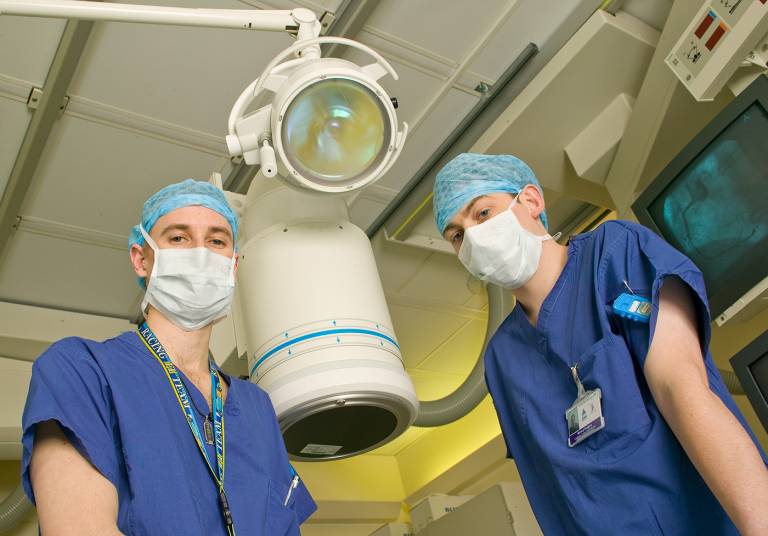 The study recommends that surgical teams hold frank discussions about playing music during an operation, with particular emphasis on taking into consideration the views of nurses. An ideal opportunity would be during the 'Time Out' section of the World Health Organisation (WHO) Surgery Safety Checklist. This is used to make sure that everyone has introduced themselves by name and role; all involved are clear on the details and plan for the operation; all information, materials, and checks are in place, and suchlike.

Introducing a standard check at this point to voice concerns about music and for teams to ensure that music remains at a volume low enough to create a sound working environment also for colleagues who may be more sensitive to noise.

Based on their broader body of research, the team has developed a training model – Video Supported Simulation for Interactions in the Operating Theatre (ViSIOT™) – that aims to improve communication and includes strategies to mitigate problems associated with music.
The researchers conclude: "This study has identified serious patient safety issues that cannot be ignored. Regardless of whether music can increase surgeons' concentration and mask extraneous noise, anything that might impair team communication might place patients' safety in jeopardy."
(facebook button)
(google+ button)
(tweet button)