Bilingualism has a positive effect on working memory, especially in disadvantaged pupils

Bilingualism has a positive effect in measures of working memory, visuo-spatial processing and non-verbal reasoning, a new paper by researchers from IOE, UCL’s Faculty of Education and Society, Imperial College and Birkbeck College shows. 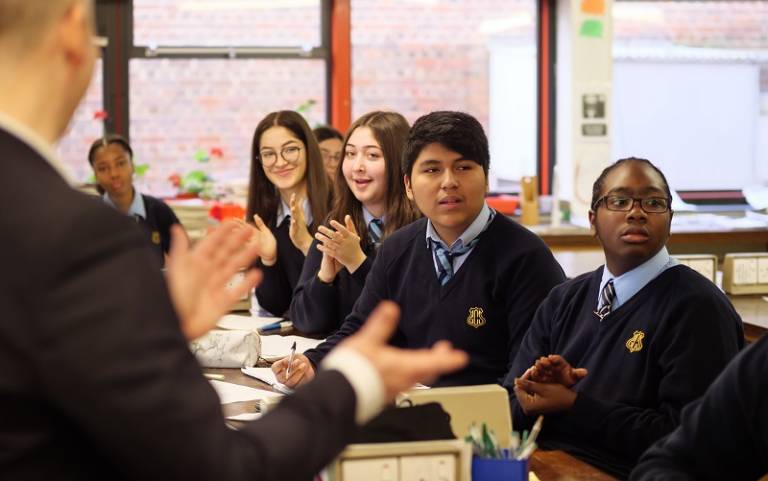 As part of the study, the researchers analysed a large dataset from the Study of Cognition, Adolescents and Mobile Phones (SCAMP) project led by Professor Mireille Toledano at Imperial College. The team found multilingual and monolingual adolescents from a database of over 8,000 individuals who were tested twice, in Year 7 and Year 9, in 39 secondary schools in London with a battery of cognitive tasks. The results showed the positive effects of multilingual acquisition on cognitive development among the cohort of adolescents.

“Research conducted in our lab has shown consistently that multiple language acquisition cannot be considered a matter of concern for linguistic and cognitive development in children. However, whether there are positive effects of bilingualism or not, is still unclear. In 2018 we published the results of a study showing that multilingualism may be beneficial within the disadvantaged population: low socio-economic status bilingual speakers outperformed monolingual young adults in crucial executive function skills.

“This new large-scale study, published in the International Journal of Bilingual Education and Bilingualism corroborates our previous findings, and it is particularly important because it enables education practitioners and policy makers to make informed decisions on the importance of second language learning in childhood and lifelong education, with particular focus on the disadvantaged populations.

“It is also very important to note that the SCAMP project had different aims and was not specifically designed for bilingual research. However, the excellent biographical and empirical data collected in the SCAMP cohort have allowed us to further explore the hypothesis that multilingual acquisition may help offset the negative impact of impoverished environments on cognitive development.”