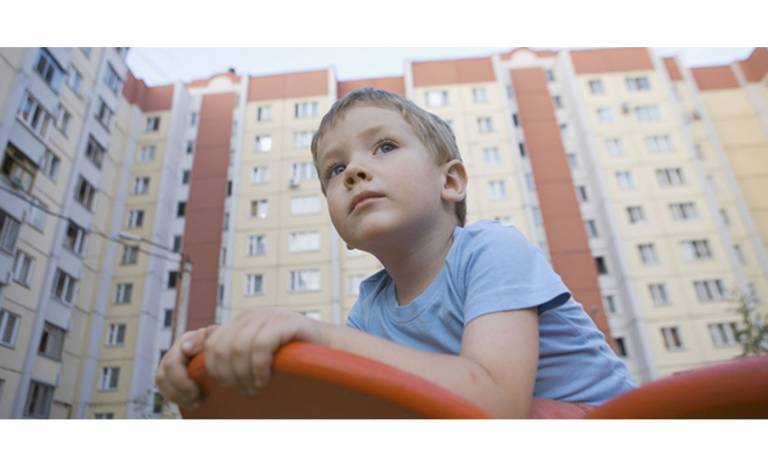 New research from the Centre for Longitudinal Studies (CLS) shows that children in their early years are more affected by broader family circumstances than by moving home.

Parents' economic, partnership and health problems are more likely to have a negative effect on children's development in their first five years of life.

IOE researchers analysed information on more than 14,000 children born in 2000-01, who are being followed by the Millennium Cohort Study. The findings have been published in a special issue of the journal Longitudinal and Life Course Studies, which focuses on housing and children's wellbeing in the UK and US.

They then compared this information with measures of the children's development, which included vocabulary skills and emotional and behavioural problems at age five.

At first glance, the children who moved appeared to fare worse than those who did not move. However, when other family circumstances were taken into account, such as parents breaking up or repartnering, parental depression and unemployment, moving house did not appear to be the root cause of the problems.

Children who moved home within the poorest areas - those in the bottom 30 per cent - showed some disadvantage from moving, having slightly more emotional and behavioural problems and lower vocabulary scores than those who didn't move in these neighbourhoods.

Among children from better-off neighbourhoods, those who moved into or relocated within these areas had no more emotional or behavioural problems than those who didn't move home in their early years. They also scored the same on vocabulary tests.

After accounting for difficult family circumstances, children who moved multiple times by age five did not suffer any further adverse effects than those who moved only once.

Overall, children living in disadvantaged neighbourhoods for their first five years had more emotional and behaviour problems and lower vocabulary scores than those in better-off neighbourhoods.

"Moving home is sometimes portrayed as a stressful life event adversely affecting child development, particularly if it happens several times. Five-year-olds in this cohort showed very little sign, in general, of a setback from family moves, over and above the formidable impact of other family changes and circumstances.

" Five-year-olds in this cohort showed very little sign, in general, of a setback from family moves, over and above the formidable impact of other family changes and circumstances.

"We have been able to detect that moving adds to family stress if it occurs within relatively deprived areas. These areas also show poorer child outcomes for those who lived in them without moving home.

"The public policies underpinning the early years, though increasingly stretched and localised, should be able to support families to take advantage of opportunities for good moves. They should also help families avoid having to make bad moves as the case may be."

Read the full paper: "Moving home in the early years: what happens to children in the UK?" by Ludovica Gambaro and Heather Joshi, published in Longitudinal and Life