Playing Out with the Internet of Things (IoT)

Technologies to enable children to transform their neighbourhoods into digitally enhanced playgrounds. 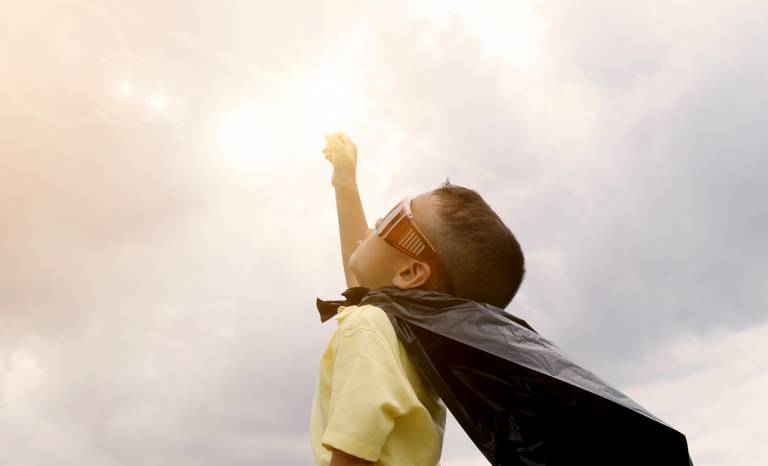 Fewer and fewer children now play outside. This reduction in outdoor active play - or 'playing-out' - has led to a whole range of concerns around health, wellbeing and development causing international calls-to-action to address the issue.

A team of researchers from UCL, University of Newcastle, University of Northumbria and University of Kent are investigating the opportunity for Internet of Things (IoT) technologies to enable children to transform their neighbourhoods into digitally enhanced playgrounds and adventures.

A contributing factor behind the reduction of outside play is an increased reluctance amongst parents to allow children to be unsupervised outside due to concerns about the safety of their neighbourhoods, and in particular, increasing traffic and 'strangers'.

As fewer children play outside, neighbourhoods, towns and cities are becoming 'play deserts': places where there are neither formal nor informal opportunities for outdoor play, and where play is simply not welcome anymore.

While children are playing outside increasingly less, they play online increasingly more. The under-9-year-old age group are understood to use the internet to search for information, to socialise and to play games. However, while they are consuming increasing amounts of content online, they continue to have little opportunity to create and share their own digital content about their lives.

This is made worse by an extensive focus on video media for sharing experiences using social media platforms such as YouTube and Vine. Parents and society alike share concerns around children's internet safety causing formal services, such as YouTube Kids, to emphasis the child as a content consumer, rather than producer.

With various factors leading to this shift in children's play, such as neighbourhood safety concerns and an increased internet consumption, this project aims to respond to these real-world interrelated problems by utilising the technological and societal changes that confront it.

The research project aims to discover whether the 'Playing Out' IoT changes:

IoT refers to the idea that objects within our surroundings can be connected with the environment and the internet to offer new kinds of services; an entirely new mode of digital content that children, or anyone, can create and share.

For example, a child can create an IoT to augment bricks in a wall to provide temporal targets for their football practice. The technology then allows the user alternative modes to document and share play, taking the meta-data from their play to program to another child's IoT to test and compare both their skills.

The research team proposes that by creating new opportunities for play that draw on children's existing interest and use of digital and social technologies, we can motivate children to play out more.

The project pursued an action orientated 'in the wild' program of research, working directly with the Cedarwood Trust in Meadow Well, BeChange in Aylesham, Playing Out CIC in Bristol and SAMLabs.

In order to facilitate these kinds of interactions the team seeked to understand and test:

The data collected from a child's play with IoTs could potentially be a method to:

Following testing, the technologies were co-designed and developed to support the under 9s in creating digitally-augmented outside play.

Using participatory design methods, the team worked closely with under 9s in both communities to design the tools and the kinds of play they facilitate.