IAS Talk Pieces: Life in the Time of Coronavirus. #9 Immunity and Community 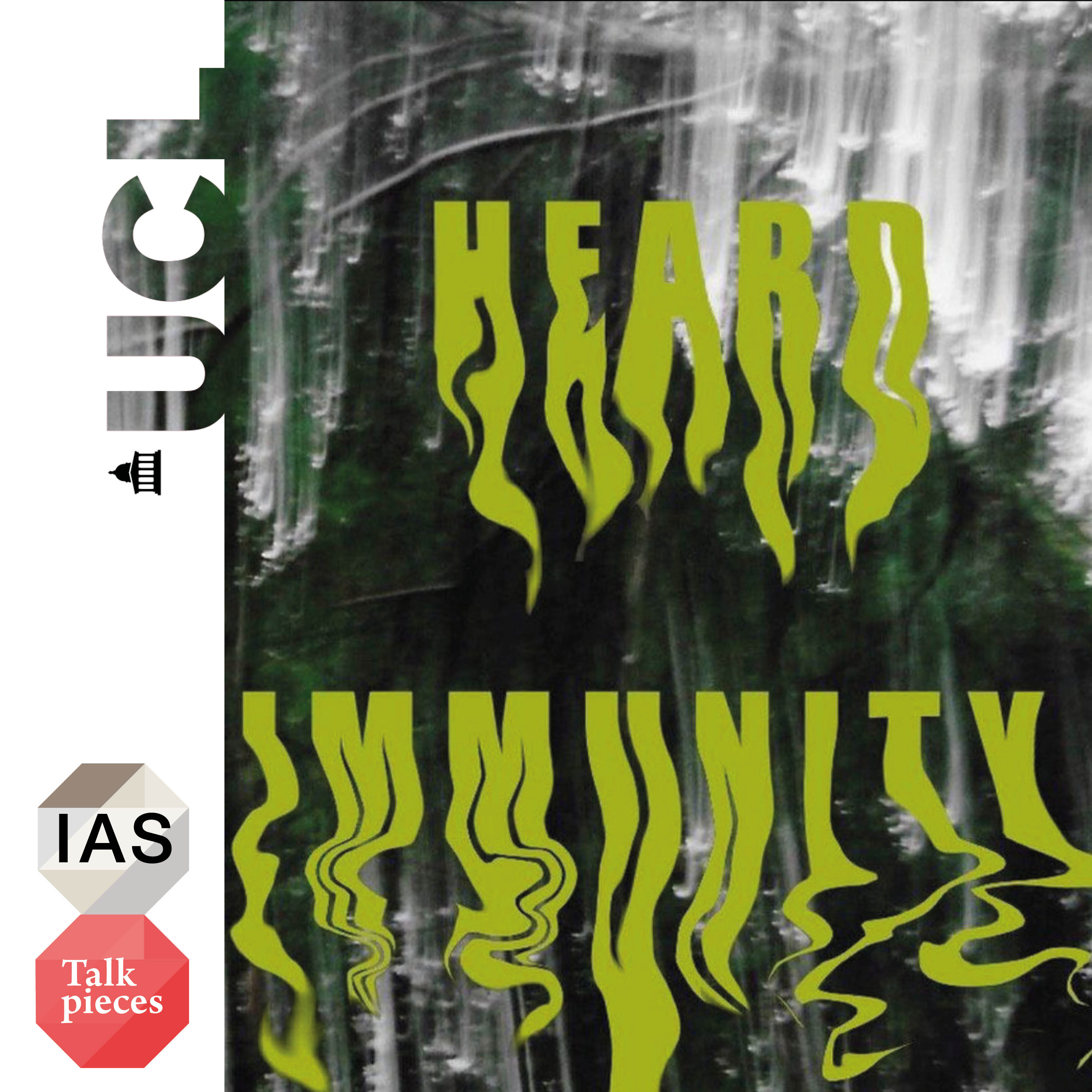 Welcome to the ninth podcast in our series ‘Life in the Time of Coronavirus’. This episode, devoted to the concept of ‘immunity’, is longer than usual as we have gathered voices from different disciplines to disentangle the complexity of ‘immunity’ at the present moment. You will hear from Molopheni Jackson Marakalala, Associate Professor of Infection and Immunity at UCL; Mary C Rawlinson, Professor of Philosophy at Stony Brook University; Evie Shockley, Professor of English at Rutgers Unviersity; Alessandro Cini, Research Fellow in Genetics, Evolution & Environment at UCL; Kenton Kroker, Associate Professor in the History of Biomedicine at York University, Canada; and Xine Yao, Lecturer in English at UCL.

The pieces will be accompanied by music from Heard Immunity, an album edited by Subphonics, and the tracks ‘Yoker’ by no snare, ‘Government Mandated Afternoon Jog’ by drowzee, ‘Quarantino’ by Quentin, ‘Night Tea’ by Laudine, ‘Staying Home’ by Tchaicoughsky and ‘Sad Gasm’ by King Girl. All profits go towards the Trussell Trust Covid-19 food relief bank, to which you can contribute via this link.

The speakers received the following brief: On March 29, curator Paul Preciado wrote a piece for El Pais (a translation is also available on Art Forum) drawing attention to Roberto Espósito’s texts on ‘immunity’. The words community and immunity, share the latin root munus, a tribute someone had to pay to be part of the community. Inmunitas, a negation of the munus, was a privilege that freed someone of community duties. On the other hand, communitas, refers to the obligations of the community. The idea of immunity goes back further in social history than in public health, the latter only being fleshed out in the 19th century with Pasteur and Koch.

The current Coronavirus crisis has tied up health, community and trade in those countries which have suffered rapid spread: the success of one is the failure of the others - Brazil or USA opt for trade, Spain and Italy for health. Meanwhile, most African countries seem to be succeeding in both. Some of us seem to be capable of thinking of an immune body but struggle to think of an immune public space and forms of relation; or an economy that can change form and adapt to new environmental conditions. Furthermore, individual immunity seems to imply a complete segregation of citizens: those who are already immune, those who will be, and those who might never be. Spatial immunity seems to imply another segregation between those who have to live and work exposed to the virus and those who don’t.

Is immunity against a life in community?

If Roberto Espósito appealed to the constitution of the body and its limits to respond, Paul Preciado finishes with the following quote: ‘As the virus mutates, if we want to resist subjugation we need to mutate. It is necessary to move from forced mutation to deliberate mutation.’ (Paul B Preciado, Albert Brenchat's translation)