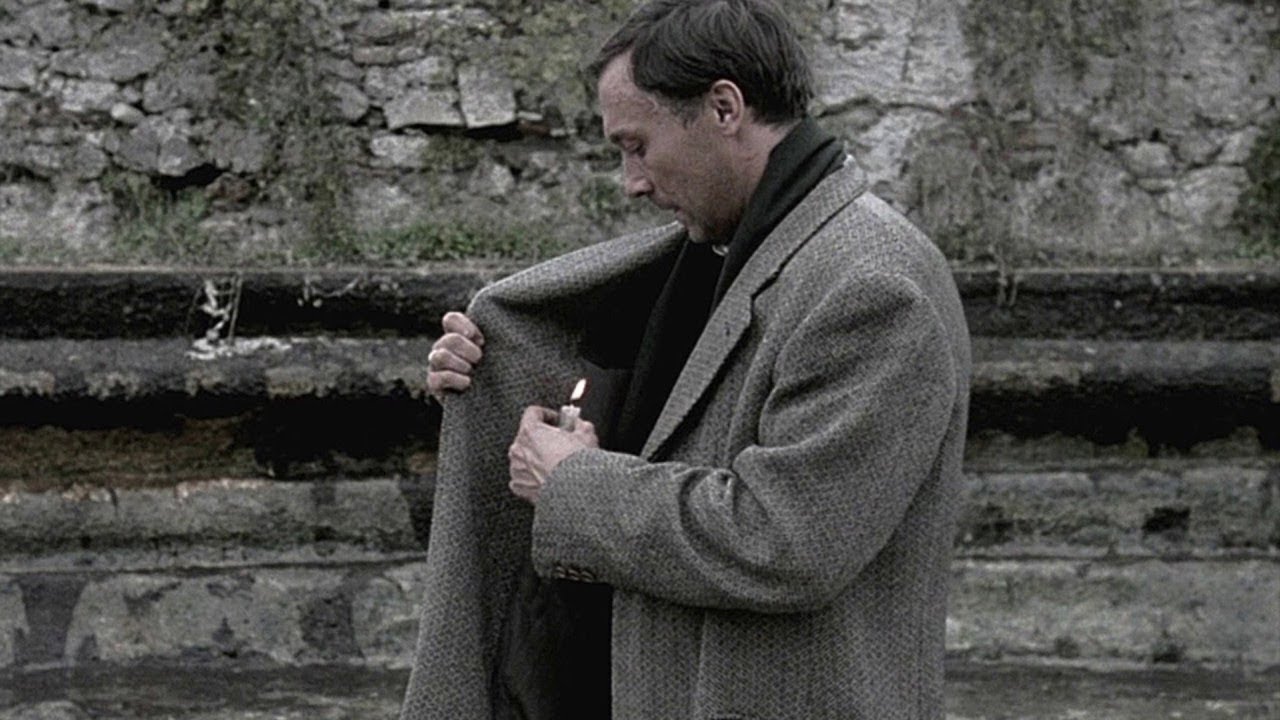 They called me mad, and I called them mad, and damn them they outvoted me.[i]

The psychiatric encounter is often the site of intractable conflict. Someone is brought to the clinic by the police, or is referred by a concerned family member, a general practitioner, or a social worker. Any number of events could have motivated these concerns. A typical example is a person who holds bizarre or persecutory beliefs, and who begins to profess his beliefs to other people, trying with insistence to convert them to his point of view. This leads to altercations and, ultimately, to police involvement and a mental health assessment. Another example is a person who hears voices and experiences occasional loss of control over her thoughts. She’s increasingly distracted and her self-care has deteriorated, raising concerns about her wellbeing. In both cases, the path to the psychiatric encounter is determined by other people taking issue with the person’s behaviour and mental states. The moment of the psychiatric encounter becomes a moment of conflict among several parties. Yet the medical and, subsequently, the legal scaffolding that permeates the encounter obscures the nature of this conflict by downplaying its interpersonal, familial, and social dimensions and apprehending it as individual psychopathology.

The psychiatric encounter as described is a far cry from the ideal clinical encounter.[ii] In an ideal encounter, the doctor and the patient share a promise and a hope. The patient’s hope is to return to the state of function and comfort he enjoyed prior to the onset of distress and disability. The doctor’s promise is to work with the patient towards realising this hope. Typically, the doctor takes a history, conducts an examination, and carries out some investigations. She then provides a diagnosis, information on the condition that afflicts the person, and proceeds to offer a treatment plan with predictions on prognosis. Implicit in this scenario is the idea that the condition diagnosed by the doctor is related to the challenges that motivated the person to attend the clinic. By managing or treating the condition, these challenges may be alleviated.

I have deliberately referred to this scenario as ideal because it unravels somewhat before the complexity of our experiences, the variability of our expectations, the nature and course of illnesses, and the limitations of medicine. After all, as doctors and patients know, promises and hopes are frequently shattered in medicine or, at least, not fully realised. But the psychiatric encounter is a particularly acute challenge to the ideal scenario as it eliminates its key features. For when the patient — or, rather, we must now say, the person — rejects the idea that he has a medical condition that requires treatment, he is rejecting the psychiatric construal of his experiences and situation. For this reason, he cannot share in the hope and promise that inform the clinical encounter, for whatever it is that he might hope for, it is not to be treated for something he does not consider himself to have. Yet if the legal standards specified by the Mental Health Act (MHA) are satisfied, he can be detained in hospital against his will and, depending on the section of the MHA, treatment can be forced upon him. Which prompts us to ask, in such a situation whose hope and what promise inform the clinical encounter?

Given that the hope cannot be attributed to the person who is there in the clinic, it now becomes the family’s or the community’s hope who would like their son, daughter, spouse, neighbour, or friend to ‘get better’. The hope could also be attributed to what the person would have wanted for himself had his judgement and insight not been impaired by the condition. The doctor’s promise, then, is not to the person in the clinic, but to concerned others as well as to past or future versions of the person.

While the MHA provides the legal framework for this encounter, a central clinical concept that justifies it is ‘insight’, or more precisely the lack of it. Insight, in psychiatry, is defined as patients’ awareness of having a mental disorder and their ability to identify aspects of their experiences as symptoms of that disorder. Insight, in this restricted sense, is typically absent in ‘psychosis’ and ‘schizophrenia’. Ironically, then, the person’s rejection of the idea that he has a medical condition becomes part of the justification for treating him for that condition. The upshot of this legal and clinical process is that the person right there in the clinic is effectively bypassed. Which leaves us with an encounter where the person’s fate is being considered, yet where none of his hopes are entertained, and where promises are made to everyone but him.

A man saves another man who was sinking into a slimy pond, thereby risking his own life. Now they are both lying on the edge of the pond, out of breath, exhausted. The rescued man says: “You idiot! Why did you do that? I live in there!”[iii]

Former colleagues and current friends who practise psychiatry would argue that it is justified for the psychiatric encounter to proceed in the way described here when it appears that people lack capacity for certain decisions and lack insight into their illness. They would point out that it would be negligent, to say the least, not to look after people when they are unwell. Sometimes, they would continue, this requires involuntary hospitalisation and treatment.

I agree that we as doctors and, before that, as human beings should be concerned for each other’s wellbeing. But the issue turns on what ‘being unwell’ means and what ‘looking after’ entails, two constructs that have generated enough philosophical debate in the past thirty years to fill over a hundred monographs and innumerable papers, yet with no clear consensus in sight. For example, the question of what it is to be (mentally) unwell requires an inquiry into the boundaries of illness and the definition of the concept of mental disorder, which dovetails into further debates in the philosophy of science and the philosophy of psychiatry. And the justification and limits of ‘looking after’ other people’s mental health and safety raises questions pertaining to decision-making capacity and coercive treatment, questions that are considered in normative ethics, and in moral and political philosophy.

Notwithstanding these theoretical and philosophical obstacles to any straightforward defence of goodwill in the encounter, my former colleagues’ and current friends’ well-meaning response that they ‘just want to help’ does not take sufficient account of the intractable conflict in which the encounter is mired. Whatever it is that you think ‘being unwell’ means, and no matter the extent of your conviction that it would be negligent not to take action, the fact is that there is a person sitting opposite you in the clinic who rejects the idea that he has a medical condition that requires treatment. No legal framework and no clinical notion of insight can get around this fact.

If we accept the person’s position as a non-negotiable starting point, how is the clinical encounter to proceed? To address this, we need to return to the framing of the encounter, which at its most basic requires an answer to two questions: What kind of understanding of the situation should the clinical encounter aim for? What is the therapeutic aim of the encounter as a whole? If we were to prioritise a psychiatric framework, then typical answers would be insight into illness (as the aim of understanding) and symptom-control (as the overarching therapeutic goal). But if we were to start by respecting the person’s rejection of a psychiatric framework, then these answers will not do. We must seek alternative answers within the perspective I have been arguing for.

To begin, we must recognise that there are certain challenges that led to the clinical encounter and to the conflict in which the clinician, the person, and concerned others find themselves. Instead of aiming towards an understanding of the situation grounded in the customary mental-state-examination-in-pursuit-of-illness, we can aim towards an understanding of the sources of conflict that led to the encounter and what to do about them: how did the conflict between the person and others begin? What norms have been violated and by whom? Whose norms are these? Can these problems be prevented from happening again? What do the various parties need to do towards a solution? Through these questions, we would be in a better position to recognise that each party in this conflict, the clinician included, bring their own hopes, expectations, and values. And without laying all this bare, it is unlikely we can begin to understand the nature of the conflict, let alone do something about it.

In this reimagined encounter, we must also expand our view of what would constitute its therapeutic aim. Alongside the management of distressing symptoms (where this is mutually agreed), the encounter can aim towards identity-making. For it is often the case that the person in the clinic is going through intense experiences and psychological states that challenge his self-understanding. And while he rejects the psychiatric construal of these experiences and states, he might be struggling to make sense of them. This is an ongoing concern in first-person accounts by individuals experiencing ‘psychosis’ — the literature abounds with examples where the psychiatric encounter suppressed people’s nascent and tentative attempts to make sense of their experiences.[iv] This suppression was seen as a significant harm, an interruption of an important transformation, and a tragic loss of something potentially valuable. Part of the problem is the sparseness and negativity of the language of medicine when it is applied to certain experiences: it is not adequate for expressing the intensity and potential value of these experiences, a point repeatedly made by mental health activists.[v] If the encounter is not to generate these harms, then clinicians need to assist individuals with developing an understanding of what they’re going through, and for this to be a primary therapeutic aim of the clinical encounter.

When the person in the clinic rejects the idea that he has a medical condition that requires treatment, the encounter cannot proceed against this fact. We must recognise the ineliminable dimension of conflict that permeates the encounter, and we must acknowledge the distortion that a psychiatric framework can inflict upon people’s emerging accounts of their intense, and often hugely significant, experiences and psychological states. I am aware that some clinicians, through individual excellence and wisdom, already practise the suggestions in this essay. But we cannot leave the encounter to the vagaries of luck. Psychiatry as an institution needs to rethink its entire response to the clinical encounter. For it won’t do for clinicians to insist that they ‘just want to help’ if the person who is the target of their help has made it clear that he rejects it.

[i] Nathaniel Lee, the 17th century English dramatist, on his incarceration at the mental institution then known as Bedlam.

[ii] In this essay I am only referring to the psychiatric encounter as described in the first paragraph, and not to encounters where both the clinician and the patient share a medical formulation of the relevant experiences and behaviours, and associated distress and disability.