Sasha was Executive Dean of the Faculty of Social and Historical Sciences and Professor of Interdisciplinary Social Science in the Institute of Advanced Studies. She is a sociologist and gender studies researcher, and a group analyst (MInstGA) and psychoanalytic psychotherapist. She is a Fellow of the Academy of Social Sciences and a Principal Fellow of the Higher Education Academy.

From 2016-18, she was Executive Dean of the Faculty of Social Sciences at the University of Essex. Before that she worked at Birkbeck, University of London, where she was Director of the Birkbeck Institute for Social Research and Professor of Sociology and Social Theory in the Department of Psychosocial Studies. At Birkbeck she served as Assistant Dean (Research) for the School of Social Sciences, History and Philosophy, and as Head of the Department of Psychosocial Studies. From 1991-2007 she was at the University of Leeds, where she was Professor of Sociology and Gender Studies and founding Director of the Centre for Interdisciplinary Gender Studies from 1997-2004. From 2005-2015 she was Professor II in Sociology at the Centre for Gender Research, University of Oslo.

She was the first Chair of the Association for Psychosocial Studies from its formation until 2016. She was one of the founding editors of the journal Feminist Theory, and is on the editorial boards of Social Movement Studies, NORA: Nordic Journal of Feminist and Gender Research, Women's Studies International Forum, and Amity: The Journal of Friendship Studies.

In her research she is interested in how gender, sexuality, subjectivity and intimate life are changing, and in the role that social movements and collective action play in bringing about social, cultural and political change. She is also concerned with the question of how and why gender, sexuality, subjectivity and intimate life don’t change – with individual and collective resistance to change, and how we so often unconsciously resist change and sabotage what might be good and fruitful in our lives.

Her early work was about the women’s and anti-nuclear movements of the 1980s, with a particular focus on the Greenham Common Women’s Peace Camp. In recent years she has undertaken a number of projects that have explored the politics and practices of intimacy and personal life in the UK and across Europe (Bulgaria, Norway, Portugal). She has paid particular attention to the experiences of those living outside conventional couples and families – single people, people in living-apart-together relationships, lesbians and gay men, and those living in shared housing – and she has been interested in the role of friendship and lateral networks of care and support in their lives. Running through this research has also been a concern with the experiences of members of marginalized and racialized groups, first and second generation migrants and diasporic communities. Through this work she has contributed to debates about care, citizenship and the changing meanings of “family”, and to understandings of the difference that social movements make in the world. Engaging with sociological theories of individualisation, with feminism, queer theory and psychoanalysis, she has been developing a psychosocioanalytic approach to the complex relational dynamics and psychic and intersubjective experience of contemporary intimate life. She is particularly interested in the role that law, policy and culture play in the normative construction of personal life, in producing intimate citizenship, and in the challenges that social movements and everyday practices of living, loving and desire pose to normative forms of intimacy and sexuality. She has been employing intensive biographical narrative and psychoanalytically informed methods, as well as carrying out large scale survey research, and comparative and cross-national studies that address issues of societal change. Hence her work ranges from microscopic single-person case studies to macro-level analyses of intimate citizenship regimes and their transformation over time.

Her research has been funded by the ESRC, the European Union, the Leverhulme Trust, the Wellcome Trust, and the Arts Council. She has also been undertaking a research project on the politics, practice and provision of the talking therapies, funded by The Wellcome Trust. 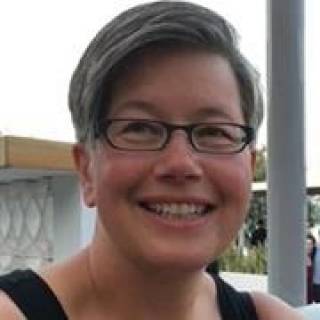