Nikolas Rose was Professor of Sociology at King's College London from 2012 until his retirement in April 2021.  He was the founding Head of the Department of Global Health and Social Medicine at King’s and Co-Founder and Co-Director of King’s ESRC Centre for Society and Mental Health, the UK’s first major research centre on the social dimensions of mental distress.

Nikolas Rose was trained as a biologist before switching to psychology and then to sociology.  He was a founding editor of two influential radical journals in the 1970s and 1980s – Ideology and Consciousness (I&C) and Politics and Power. He founded the History of the Present Research Network, an international network of researchers influenced by the writings of Michel Foucault, and with Paul Rabinow, he edited the Fourth Volume of Foucault's Essential Works.  From 1996 to 2004 he was managing editor of Economy and Society, one of Britain's leading scholarly interdisciplinary journals of social sciences and remains an active board member. He is founder and co-editor of BioSocieties: an interdisciplinary journal for social studies of the life sciences.

Nikolas Rose has published widely on the social and political history of the human sciences, on the genealogy of subjectivity, on the history of empirical thought in sociology, on law and criminology, and on changing rationalities and techniques of political power. His books include The Psychological Complex: Psychology, Politics and Society in England, 1869-1939  (1984), Governing the Soul: The Shaping of the Private Self  (1989, Second Edition, 1999), Inventing Our Selves: Psychology, Power and Personhood (1996), Powers of Freedom: Reframing Political Thought (1999) and The Politics of Life Itself : Biomedicine, Power, and Subjectivity in the Twenty-First Century (2006), Governing The Present (written with Peter Miller, 2008), Neuro: The New Brain Sciences and the Management of the Mind (written with Joelle Abi-Rached, 2013).  His most recent book,  Our Psychiatric Future: the politics of mental health  was published by Polity Press in December 2018. The Urban Brain: Mental Health in the Vital City, written with Des Fitzgerald, will be published by Princeton University Press in 2022. His work has been translated into many languages, including Chinese, Danish, German, French, Finnish, Italian, Japanese, Korean, Portuguese, Romanian, Russian, Serbian, Spanish and Swedish.

From 2011 to 2020, Nikolas Rose was a member of the Steering Committee of the Society and Ethics Division of the Human Brain Project, a European FET Flagship Project, and was responsible for their Foresight Laboratory.  He was the lead investigator in several large EPSRC funded collaborations to develop research and capacity in synthetic biology, and lead partner in BIONET, a 21 partner consortium, funded by the European Commission, examining the ethical governance of research in the life sciences in China and Europe. He is Chair of the Neuroscience and Society Network previously funded by the European Science Foundation.  For six years he was a member of the Nuffield Council on Bioethics, and he has worked in various capacities with the Academy of Medical Science and the Wellcome Trust, and with the Royal Society, where, until December 2016, he was a member of the Science Policy Advisory Group.

His current research concerns the changing relationships between the life sciences and the social sciences, and  the role of the life sciences and neurosciences in changing conceptions of human identity, reshaping ideas of normality and pathology, and shifting ways of thinking about and governing human beings, in particular in relation to mental life and mental health. 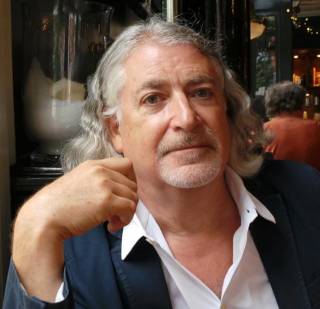