Mary Fulbrook, FBA, is Professor of German History at UCL. A graduate of Cambridge and Harvard, she is the author or editor of some 25 books, including most recently Reckonings: Legacies of Nazi Persecution and the Quest for Justice (OUP 2018) and the Fraenkel Prize-winning A Small Town near Auschwitz: Ordinary Nazis and the Holocaust (OUP 2012), as well as Dissonant Lives: Generations and Violence through the German Dictatorships (OUP 2011, two vol. paperback edn, 2017). One of her major research areas has been the GDR, on which she wrote Anatomy of a Dictatorship: Inside the GDR, 1949-89 (OUP, 1995) and The People’s State: East German Society from Hitler to Honecker (Yale UP, 2005). She has also written on German National Identity after the Holocaust (Polity Press, 1999) and Historical Theory (Routledge, 2002). More general books include A Concise History of Germany (CUP, 3rd edn. 2018) and A History of Germany 1918-2014: The Divided Nation (Blackwell, 4th edn 2014, updated 5th edition in progress). She is currently directing an AHRC-funded collaborative research project on ‘Compromised Identities? Reflections on perpetration and complicity under Nazism’, and has previously directed AHRC-funded projects focusing on ‘Reverberations of War in Germany and Europe since 1945’, and on ‘The Normalisation of Rule in the GDR’.

Service to UCL includes five years as Dean of the Faculty of Social and Historical Sciences, and a dozen years as Head of the German Department. Among wider professional commitments, Mary Fulbrook currently serves on the Academic Advisory Board of the Foundation for the former Nazi Concentration Camps at Buchenwald and Mittelbau-Dora. She has previously served as Chair of the Modern History Section of the British Academy, Chair of the German History Society, and she was Founding Joint Editor of German History. 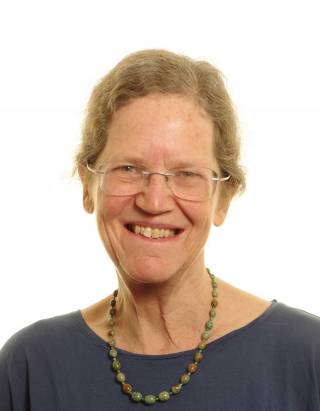