Professor Ilaria Favretto is a cultural and intellectual historian of modern and contemporary Europe with three main areas of expertise: protest and social movements; memory and identity; and left-wing parties’ political ideas, cultures and practices in the post-1945 period. She obtained her first degree in Milan and then a PhD at Queen Mary College (University of London). After a post-doctoral fellowship at St Antony's College, Oxford, she taught at the University of Milan and then Kingston University (London).

Her most recent work focuses on the cultural history of protest and collective action. She is interested in forms of protest, their circulation and re-adaptation to different needs and contexts throughout time and across different movements. Publications in this area include: ‘Toilets and Resistance in Italian Factories in the 1950s’, in Labor History, vol 60, Issue no. 6, 2019; co-edited with Xabier Itcaina, Protest, Popular Culture and Tradition in Modern and Contemporary Western European History (Basingstoke: Palgrave - Palgrave Studies in the History of Social Movements, 2017); and ‘Rough music and factory protest in post-1945 Italy’, Past and Present, vol 228, no. 1, August 2015.

During her time at the Institute of Advanced Studies, Professor Favretto will be completing a monograph entitled Marching with Donkeys: Protest tactics and industrial conflict in post-1945 Italy, which looks at industrial conflict and workers’ protest cultures and practices in modern Italy, from the first industrial strikes in the 1890s to the 1980s, with a special focus on the period since 1945. Under contract with Oxford University Press, the book examines the forms of protest utilised by workers, how they changed and why, their underpinning rituals, meanings, strategic and symbolic functions.

Most of the protest tactics utilised by Italian workers in the post-1945 period (including marches and strikes but also less conventional tools such as hunger strikes, shaming rituals or protest encampments) have travelled across borders and their investigation is key to a transnational study of protest and social movements. Whilst finishing her book, Favretto will also start a new research project on transfers of protest cultures and routines across the globe and across a wide range of movements. 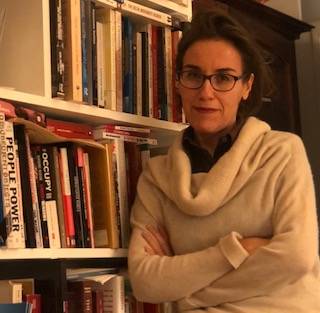