Professor Anthony Zwi was born in South Africa where he went to school and university. Relatively soon after qualifying as a medical doctor, he left South Africa and came to London (1985/6) where he studied epidemiology at the London School of Hygiene and Tropical Medicine (LSHTM) and public health at University College. Having worked in the UK public health service, he became increasingly interested in global health policy and worked at the LSHTM where he expanded his interest in some of the least developed countries facing major challenges in the aftermath (or presence) of conflict, rights abuses and colonial (or development) the legacies of colonialism and maldevelopment.

In 2001, Professor Zwi migrated to Australia where he headed up the School of Public Health and Community Medicine (2002-2006) at the University of New South Wales, one of Australia’s leading research-intensive universities.  In 2011, he moved from the Faculty of Medicine to the Faculty of Arts and Social Sciences and furthered his interests in global development policy as well as the humanitarian-development practice interface.

Over the years, Professor Zwi has sought to contribute to transdisciplinary research at the interface of global health, international development and human rights and to evidence-informed policy and practice. His research interests are diverse but often have a focus on conflict and disaster and how communities and systems re-establish themselves: what role is played by development actors and organisations, international aid, global policy advice and goals, civil society and local communities?

While spending three months based at the IAS, Professor Zwi is hoping to engage with the theme of Turbulence. As mentioned, his work focuses on countries affected by different forms of turbulence - violence, instability, ill-health, migration. He is seeking to focus on the experience of Timor-Leste, in particular: a small country that has endured colonial oppression, a liberation struggle and immense challenges in pursuing better lives for its citizens.

Professor Zwi is hoping to advance a couple of quite personal projects: a somewhat autobiographic, somewhat autoethnographic, exploration of artistic expression as a means of coping with turbulence facing researchers working in difficult settings and secondly, consideration of the potential for structured documentation, analysis, story-telling and oral history to be combined within a virtual museum setting.  He is keen also to reflect on how the global development community and other key actors and organisations conceptualise the development challenges and solutions facing the least developed countries: instability, violence, ill-health and climate change.

London and the IAS provide an excellent base from which to explore these issues and engage with diverse scholars. 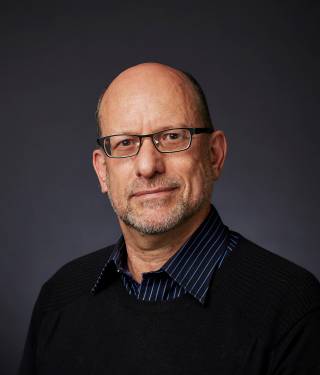