Mary C. Rawlinson is Professor and Director of Graduate Studies in the Department of Philosophy and an Affiliated Faculty in Comparative Literature and Women's and Gender Studies at Stony Brook University in New York.

Rawlinson's publications include Just Life: bioethics and the future of sexual difference (Columbia University Press, 2016), Engaging the World: Thinking After Irigaray (SUNY, 2016), The Routledge Handbook of Food Ethics (Routledge, 2016), Labor and Global Justice (Lexington, 2014), Global Food, Global Justice (Cambridge Scholars Press, 2015), Thinking with Irigaray (SUNY, 2011), The Voice of Breast Cancer in Medicine and Bioethics (Springer, 2006) and Derrida and Feminism (Routledge, 1997). She has edited five issues of the Journal of Medicine and Philosophy, including Foucault and the Philosophy of Medicine, The Future of Psychiatry and Feminist Bioethics. She has also published numerous articles on Hegel, Proust, literature and ethics, bioethics, and contemporary French philosophy.

Rawlinson was the founding editor of IJFAB: International Journal of Feminist Approaches to Bioethics (2006-2016) and Co-founder and Co-director of The Irigaray Circle (2007-2017). She currently serves on the Editorial Board of Mean Streets: a journal of crime fiction.

Professor Rawlinson recently completed The Betrayal of Substance: literature, death, and sexual difference in Hegel’s Phenomenology of Spirit (2021, Columbia University Press). This reading of Hegel's Phenomenology of Spirit reveals how Hegel's politics of the 'we' is undermined both by his effacement of sexual difference and by his misappropriation of art as a "betrayal of substance". Sexual difference and art offer points of critique that challenge Hegel's concept of Absolute Knowing and demonstrate the irreducibility of perspective or style in philosophical thought. The 'we' of political discourse cannot be thought, as Hegel would have it, in terms of a ‘logic of the same,’ but must be rearticulated to take difference into account. Most of this manuscript was written during the first half of her Visiting Research Fellowship at the IAS, January-April 2018.

During the second half of her residency, May-December, 2019, Professor Rawlinson undertook a philosophical analysis of crime fiction.  Rawlinson’s hypothesis is that crime fiction deploys concepts of agency, judgment, and sociality that more adequately address contemporary ethical urgencies than those of conventional moral and political philosophy. Philosophical theories of justice regularly rely on concepts of reciprocity, equality, or the mutual recognition of equals, while representing the moral agent as a generic rational subject freely deliberating toward the right end.  Rawlinson’s projected book Liminal Ethics will follow crime fiction in resituating agency in a world that is both unjust and absurd, where infrastructures of race, gender, and economic inequity concentrate wealth and security in the hands of a few. If, as Raymond Chandler argues, "ours is not a fragrant world", what kind of agency will be effective against this structural injustice, when the very institutions charged to protect the vulnerable are indifferent or hostile? Can an agent navigate these "mean streets" without becoming mean? What is the role of violence in justice?  This genre challenges philosophy to show a path from structural inequity to a genuinely shared culture of possibilities without a detour through violence and transgression. 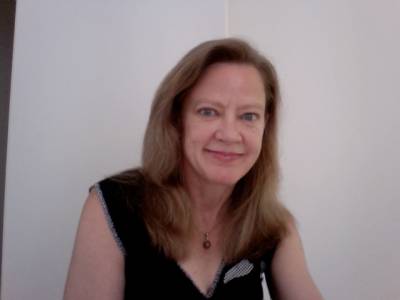