Her PhD dissertation focused on the study of reception, appropriation and circulation of psychoanalytic knowledge in Chile during the first half of the 20th century. In 2012, she worked as a Visiting Student with late Professor John Forrester at the Department of History and Philosophy of Science at the University of Cambridge, working particularly on the relationships between criminology, social and mental hygiene, eugenics and psychoanalysis in Chile during the 1930s and 1940s.

During her academic leave, Silvana will be working at the Institute of Advanced Studies on a research project funded by FONDECYT in Chile (National Fund for Scientific and Technological Development) with the title 'Vulnerable Children, Dangerous Children: the Construction of Childhood in the Minors' Special Court of Santiago, 1928-1942' (project no. 11160868). This is a three-year project, which examines the construction of modern childhood in Chile via an analysis of the psychological, medical, social and educational practices that left their imprint on the records of the Minors' Court of Santiago. This court opened in January 1929 - following the approval of the first Child Protection Law in October 1928 - and it operated under the same legal framework until 1942. While working at the IAS, Silvana will focus particularly on the role played by psychologists, doctors and social workers in the evaluation, diagnosis and prognosis of delinquent and "morally endangered" children who were sent to the 'Minors' House of Santiago' by the Minors' Judge. 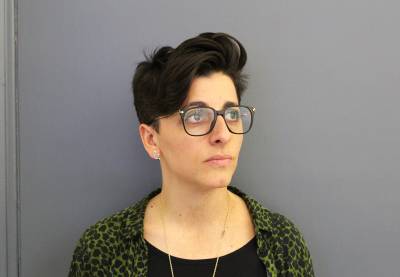