Working within the Institute's 'vulnerability' theme, Peter Leary's new research project, 'Edgy states and boundary crossers', is a history of international borders since the end of the First World War. Informed by his ongoing primary research interest in the Irish case study, it will explore the ways in which interactions with and at their edges - and the anxieties to which they gave rise - have shaped the histories of peoples and polities from the new nation states of interwar Europe to Brexit Britain and Donald Trump.

Peter Leary studied history at Goldsmiths' College, University of London, the University of Ulster at Magee in Derry and Queen's University Belfast. Before joining the Institute of Advanced Studies, he was the Canon Murray Fellow in Irish History at the University of Oxford. He is the author of Unapproved Routes: histories of the Irish border, 1922-1972 (Oxford University Press, 2016), winner of the American Conference for Irish Studies' Donald Murphy Prize for Distinguished First Book and shortlisted for the Royal Historical Society's Whitfield Prize. 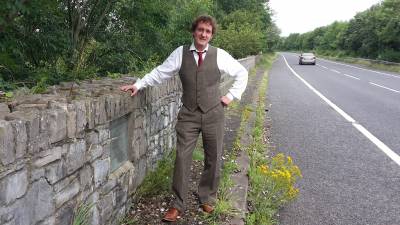