Dr Qin, Ling is Associate Professor of Neolithic Archaeology and Archaeobotany at the School of Archaeology and Museology, Peking University, Beijing. She currently teaches archaeobotany, fieldwork archaeology and Neolithic archaeology at Peking University. She completed her PhD on Neolithic social complex in the lower Yangtze River area. She has worked extensively on Neolithic excavations and material cultures in China, jointly directing field-work in Zhejiang, Shandong, Shaanxi and Henan. Her current research projects and interests include the scientific research on Neolithic jades in Eastern China, early agriculture developments in lower Yangzte, and in Yunan (southwest China), as well as the theory and practice of early civilizations study in a comparative perspective around East Asia.

Dr Qin's research visit to the IAS is (1) to finish a textbook for archaeobotanical practice and identification tailored to Chinese archaeology, planned jointly with Professor Dorian Fuller (UCL), and (2) to develop a review of latest archaeobotanical research in the study of early farming in China.

The aim is to produce (1) a textbook filling a major gap in available teaching resources in China for this field and (2) a review article in English that makes research otherwise only available in the Chinese language accessible for comparative global studies of evolution of agriculture from its origins to early urban civilisation in China.

Archaeobotany is a young and rapidly growing sub-discipline in China. Although a few archaeological projects had sampled for plant remains via flotation in the late 1980s and 1990s, such approaches only became commonplace since 2000. Environmental sampling has become part of the research and teaching programme at a few Chinese universities over the past decade, including at PKU where the laboratory was established by Ling Qin in 2008. The rapid growth archaeobotanical research in China has suffered from a lack consistent standards of sampling, analysis and reporting and limited engagement with current methodological and theoretical debates in the field globally.

The UCL Institute of Archaeology is one of the leading centres for archaeobotanical research and training in the world, and hosts the best archaeobotanical database and the sample collections, not to mention the outstanding library and reference resources.  As a member of the steering committee of the ICCHA, this research visit to London will establish a better academic dialogue and lead to further opportunities for collaborative research between UCL and PKU. 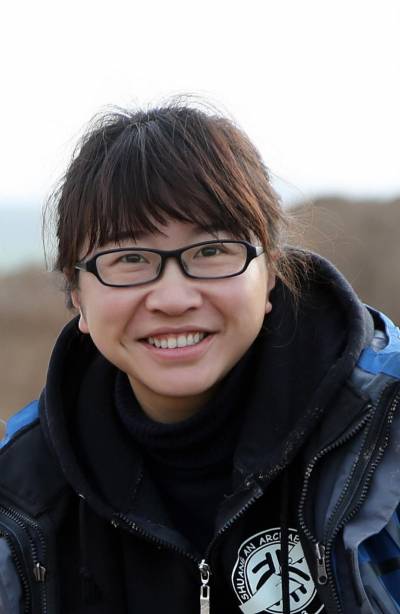