Joanna's research focuses on social and cultural history of Poland and East European Jews, the Holocaust and its memory in Europe, and nationalism in Eastern Europe. She is particularly interested in areas relating to ethnic violence, gender, childhood, and individual and collective memories of traumatic and dark pasts, such as in the case of the Holocaust.

Joanna's two current research topics are a history of rescue of Jews during the Holocaust in Poland and a study of East European Jewish childhood, 1945-1950. In More Than The Milk of Human Kindness: Jewish Survivors and Their Polish Rescuers Recount Their Tales, 1944-1949, her main aim is to chart a map of the raw memories of rescue as articulated by Polish Jewish survivors and their (ethnic/Catholic) Polish rescuers in the early post-war period, 1944-1949. The major claim to originality of this work is the gendered and in-depth textual analysis of previously un-examined and un-published personal and official correspondence between the rescuers, Jewish survivors and their respective families.

In her second work-in-progress, "Life Begun Anew": The Transformation of Jewish childhood in Poland, 1945-1949, she investigates two key aspects of the history of hidden child survivors, known also as the 1.5 generation. The first set of questions pertains to life experiences during the Second World War, especially the role of gender, class, and religious and economic background on the process of survival. The second set of questions pertains to the complexities of the processes by which child survivors sought to regain a sense of childhood and Jewish identity, and to the landscapes of dreams and actual opportunities for these children in the early post-war period.

This work fills a current gap in historical knowledge about Jewish families and children in Europe, and offers a fresh perspective on the Holocaust and postwar Jewish social history. It comprises 13 essays on how WWII, the Holocaust and their aftermath affected Jewish families and Jewish communities, with an especially close look at the experiences of women, youth and children.  http://www.upne.com/1512600094.html

According to one of the anonymous reviewers of the manuscript, "The great strength of this volume is its commitment to a child-centric perspective through its diverse range of sources. The essays in this book are based on a wide range of letters, diaries, post-war interviews, oral testimonies, and memoirs. What is particularly impressive about this book is the amount of attention given to the personal stories of the individual children themselves. This book will therefore be of great interest not only to undergraduate and postgraduate students and scholars of the Holocaust but also to psychologists and other practitioners who work not only with the now aged survivors, but also with their children and their grandchildren. Also, at a time when an interest in childhood is at a premium, this book will be of interest to social and cultural historians and theorists of memory more generally."

Joanna's other edited essay collection, with my colleague John-Paul Himka of Alberta University, Canada, Bringing the Dark Past to Light: The Memory of the Holocaust in Post-communist Europe (July, Nebraska University Press, 2013), captures the diverse and dynamic ways in which the Holocaust has been remembered (mis-remembered) and interpreted (mis-interpreted) in all the post-communist countries. The volume focuses on delineating key aspects, commonalities and divergences of memories of the Holocaust in the region. It investigates how the traumatic and violent past impacts the present, and how the present impacts the past. According to Professor David M. Crowe,

"This study opens a number of new interdisciplinary pathways to the field of Holocaust studies in the postcommunist worlds of Eastern Europe and the former Soviet Union…..  This rich collection of chapters on each country in the region provides a complex and nuanced look at this issue from a variety of disciplinary approaches. More importantly, many of these chapters embrace a new approach to Holocaust studies by discussing the multi-ethnic nature of the Shoah throughout Eastern Europe and Russia, often, for example, tracing the fate of the Roma beyond the token statements about their victimization in many contemporary studies on the Holocaust. A number of the chapters also share such topics as Jasenovac, the deadly Ustaša concentration camp in Croatian Slavonia, and the question of genocide."

According to Professor David Shneer,

"Ultimately, one of this book's most important ﬁndings is that confronting the Holocaust in eastern Europe has become an admission ticket to the "the west," as embodied in the European Union and by institutions that serve as gatekeepers of global Holocaust memory-namely Yad Vashem and the United States Holocaust Memorial Museum. Nearly every chapter references all three. For cosmopolitans, these institutions are lifelines, both discursively as well as ﬁnancially. At the same time, some nationalists resist these institutions' interventions. John-Paul Himka and Joanna Beata Michlic's vital new book is, unwittingly, as much about globalization and its discontents as it is about Holocaust memory in eastern Europe.

Joanna's first single-authored book, Poland's Threatening Other: The Image of the Jew from 1880 to the Present, is a study of the history of anti-Jewish tropes in Poland from the rise of modern Polish ethno-nationalism in the late nineteenth century until the political transformation of 1989. The crucial question she set out in this work was: what was the impact of anti-minority stereotypes on the formation of the Polish nation, Polish national identity, and Polish national culture formed on the matrix of exclusivist ethno-nationalism?

The monograph has been translated and published in Polish in 2015 by the Jewish Historical Institute in Warsaw: http://www.jhi.pl/publikacje/126

The monograph was translated into Hebrew and published by the Yad Vashem Institute in 2021, with a new epilogue on antisemitism and ethno-nationalism in Poland between  2015 and 2020.

Dr Michlic's workshop proposal “Representations of Polish Rescuers of Jews in a Comparative Perspective: Lessons from the Holocaust for Contemporary Europe”, with the participation of 15 academics from Poland, USA, Germany and Latvia , has been selected to the GEOP (Global Education Outreach Program) workshops summer 2020 programme at the Polin Museum in Warsaw.

Given the growing scholarly and popular interest in rescuers of Jews during the Holocaust on the one hand, and on the other, the increasing misuse of the history and representations of rescuers of Jews in political culture, public memory and history writing, this workshop explores how the history of Polish rescuers of Jews during the Holocaust has been represented in historical education in both state and independent non-profit educational programmes in museums from the 1990s to the present.  Comparisons between representations of rescuers in post-communist Poland and Germany, Italy, The Netherlands and Latvia (as well as Israel) will be made in order to identify global and local/national trends, differences and commonalities in themes and the strategies of presenting rescuers in different political, cultural and historical contexts. History education is often considered a means of promoting values of reconciliation in communities recovering from war, ethnic conflict or other traumatic episodes. Still, in most post-war democratic societies, history educators struggle to teach unifying narratives of heroism while critically examining a nation’s difficult past. Age-old schema tends to persist in curricula, textbooks and other teaching materials in spite of the emergence of more nuanced and complex representations of the past in critical historiography and public discourse. Rescuers of Jews are often evoked as a symbol of heroism, yet the history of rescue could be identified as a grey zone in which actions, attitudes and accompanying emotions could sometimes be seen as contradictory, conflicting and ranging from care and love to abuse of a position of power and different grades of betrayal, abuse and outright murder of a Jewish charge. This project is envisaged as a means of creating an intellectual community of scholars, educators and curators engaged in breaching the gap between contemporary research on rescuers of Jews and history education on the subject. It is also envisaged as a contribution to wider research on contemporary European history and memory of rescuers of Jews during the Holocaust and Holocaust education in the contemporary period defined as a post-truth era. 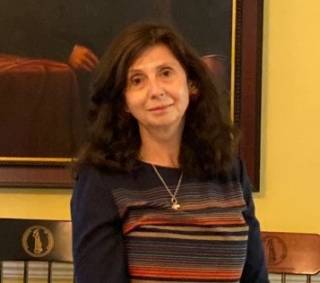