Jimena Escudero Pérez received her International PhD from the University of Oviedo, after completing her thesis at the University of Westminster, London. She was awarded the Patricia Shaw Prize 2010 for her research by AEDEAN (Spanish Association for English and American Studies) and is the current president of ASYRAS (Association of Young Researchers on Anglophone Studies). She has lectured at the University of Oviedo since 2010 and her lines of research are focused on Anglophone narratives as well as on cultural and media studies through literary, feminist and film criticism, with special attention given to science fiction and the communication of science. She regularly participates in international conferences on these fields of study and is the author of Tecnoheroínas: Identidades Femeninas en la Ciencia Ficción Cinematográfica (KRK Ediciones, 2010) and Una Cartografía del Fin: The Road de Cormac McCarthy (Edicions UIB, 2015).

At the IAS, Dr Escudero Pérez intends to continue her analysis on the representations of the liminality of human identity, addressing the search for transcendence, socialisation and identity construction processes, as well as the interaction with technology and the historical cornerstone this implies for the species both in the biological and as a civilisation. A broad scope of research includes the identification of the features that define the human through the artificially created subject and the merging or dissolution of human as a category in contemporary narratives both literary and cinematographic.  Her three main lines of study are:

- Gender issues as a recurrent tool to define the human

- Political and legal status derived from questions such as employability, nationality, etc 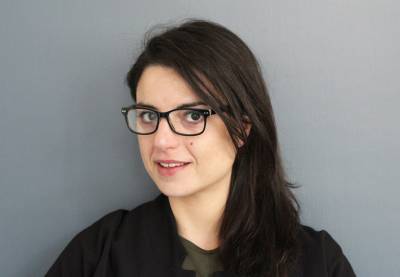