Dr Farniyaz Zaker is an artist and researcher. Her art practice and writing are located between architectural theory and gender studies and largely deal with the nexus of body, society, space and place.

Zaker completed her Doctorate of Philosophy (Fine Art) at the University of Oxford with the support of St John's College's Lamb and Flag Graduate Studentship. Crossing the boundaries of phenomenology, theory and history of architecture and gender studies, her work engaged mediums such as installation, video and print to explore how people's awareness of space and their interaction with it are crucially mediated by where and how they dwell. Her research focussed particularly on the transformation of clothing and domestic architecture and its impact the concept and practice of dwelling and women's clothing in twentieth century Iran.

During her time as a Visiting Research Fellow at the IAS Zaker will further explore the subject of architecture, dwelling and space in the Persianate world. She will be looking at Persian miniatures and their depiction of buildings as inherently transparent and pregnable enclosures that invite the viewer to penetrate their interiors and gain access to the intimate and usually inaccessible. Zaker is especially interested in developing the argument that miniatures lend a transcendental perspective to the viewer by providing several spatial and temporal vantage points. She will also explore the devices through which miniatures depict an ideal of a continuous and unified metaphysical and physical space, i.e. a world in which the visible built environment transcends the material world and mirrors notions of the spiritual realm.

Zaker has published articles on the politics of space, dwelling and art practice, including a forthcoming paper on the transformation of Iran's cityscape in the twentieth century. She has exhibited widely internationally, with upcoming exhibitions at the Museo dell' Auto in Turin and at Pi Artworks Gallery in London. She is represented by Pi Artworks Gallery. 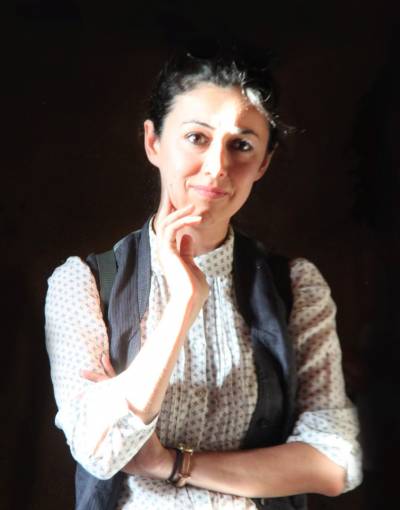