Born in Hawaii and raised in California, Ashley graduated with a B.A. from Smith College (Massachusetts). Having fallen in love with Geneva during her study abroad programme, she promptly returned to Switzerland, where she spent the next eighteen years. After completing her PhD, which focused on translation, feminism and fairy-tale rewritings, at the University of Geneva in 2014, she spent the next few years teaching and conducting research at the University's Faculty of Translation and Interpreting. In her current research, whilst she continues to address literary translation, feminism and gender, Ashley also investigates cultural representations in the news and the role of journalists and translators as intercultural mediators. She is looking forward to living and working in London and Granada whilst she completes her post-doctoral project. Ashley is an avid hiker and gym-goer, a mediocre but keen skier, and loves to travel.

Ashley Riggs joins the IAS on 1 September 2017 in conjunction with her research on representations of French society in non-French media. Her project, funded by the Swiss National Science Foundation and mentored by Dr Federico Federici of UCL CenTraS, is entitled '(Re)Constructing French society in and through language: representations of France in British, Spanish and Suisse romande newspaper reporting on Muslims and recent terrorist activity in France'.

Drawing on an interdisciplinary approach involving cultural studies, elements of critical discourse analysis, content analysis, contrastive analysis and stylistic analysis adapted from literary translation and translation criticism, Ashley examines how hetero-images of a country are shaped by the media and how news language conveys or counteracts stereotypes, biases and ideologies. Implications for best practices among journalists and translators, conceived of as intercultural mediators, will also be addressed. Moreover, the study will contribute to filling the gap in research on style in 'hard news' texts, and to enlarging the definition of translation. Finally, it is hoped that the study will foster further interdisciplinary collaboration and enquiry, as the topic, approach and findings will be relevant for translation studies, communication and media studies, international relations, religious studies and sociology. Ashley is really looking forward to discussing societal issues and interdisciplinary approaches, in particular as they relate to lies and vulnerability, with her colleagues at the IAS. 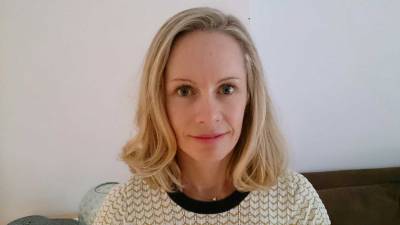