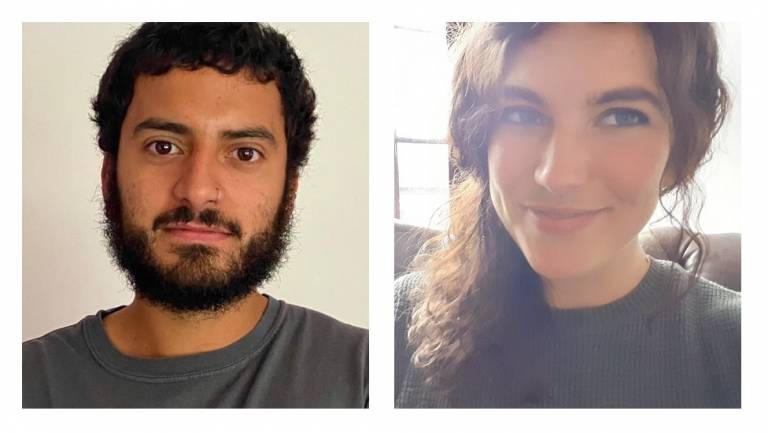 Dr Luke de Noronha and Dr Paige Patchin will contribute to the Sarah Parker Remond Centre’s multidisciplinary MA progamme in Race, Ethnicity and Postcolonial Studies, and their research in key areas will be integral to the Centre’s development as it becomes a hub for radical scholarship and engaged thinking, drawing in scholars, activists, policy makers and students from across UCL’s faculties, from London, the UK and internationally.

Luke’s research, writing and teaching has been concerned with the relationship between racism and the government of mobility. His work intervenes critically in debates surrounding ‘race’ and migration in the British context. He is especially interested in the legal production of ‘illegality’ as it connects with processes of racialisation, linking the law to racist political culture. These questions are examined in his book Deporting Black Britons: portraits of deportation to Jamaica published by Manchester University Press in September.

Luke has written for The Guardian, Verso blogs, VICE, Red Pepper, Open Democracy, The New Humanist, and Ceasefire Magazine. He has also produced a podcast with deported people in Jamaica, Deportation Discs in which deported people tell their stories via their life’s soundtrack. Luke has two collectively-authored manuscripts forthcoming. The first, Empire’s End Game: Racism and the British State is written with seven other scholars and is published by Pluto Press in February. The second, provisionally titled Against Borders: Towards a politics of border abolition is written with Gracie Mae Bradley, and will be published in Spring 2022 by Verso. Luke is on the editorial board for the Sociological Review.

Paige is a feminist geographer whose work looks at structures of power in biological, health, and earth sciences. Her research interests include infectious disease, race, and empire, genetics and epigenetics, reproductive health, and the Anthropocene. Her current book project looks at the Zika public health emergency in Puerto Rico and takes the circulation of the virus within imperial and patriarchal relations as a point of departure for rethinking reproduction.

Before joining UCL, she was a PhD student in the Geography Department at the University of British Columbia and worked in research development at the University of Nottingham. Her work has been published in the Transactions of the Institute of British Geographers and Annals of the American Association of Geographers. She is a co-editor of ACME: An International Journal for Critical Geographies.