Henri Michaux and the Psychedelic Humanities 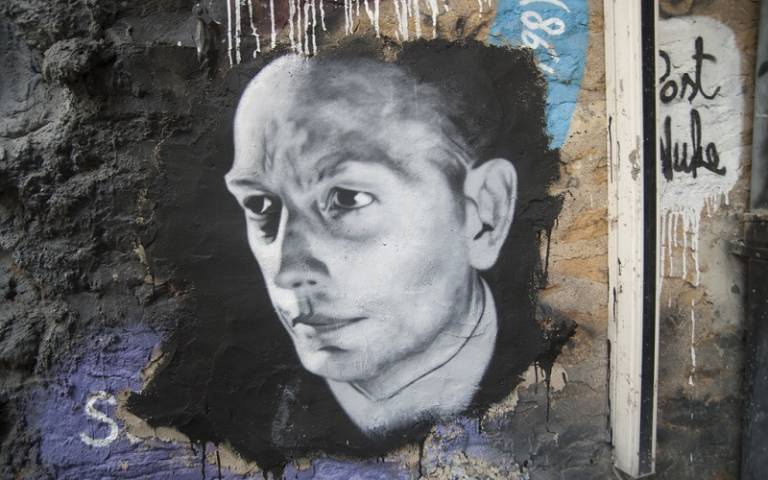 Henri Michaux (24 May 1899 – 19 October 1984) was a Belgian-born French poet, writer and painter. Michaux is best known for his poetry and prose, especially his texts chronicling his psychedelic experiments with LSD and mescaline which include Miserable Miracle and The Major Ordeals of the Mind and the Countless Minor Ones, as well as his idiosyncratic travelogues and books of art criticism.

Looking back from the perspective of today’s psychedelic renaissance, this talk presents an analytical reading of the extraordinarily rich cultural production around drugs by the twentieth-century French poet, writer, critic and visual artist Henri Michaux (1899–1984). Over about a decade, from the mid-1950s, the otherwise habitually sober Michaux wrote five books, included within which were dozens of drawings, and made one half-hour film, charting his adventures as an initially reluctant yet persistent psychonaut, principally with mescaline, but also with psilocybin, LSD and cannabis. This has rightly been described as one of the richest cultural explorations of mescaline. It is much more extensive, texturally complex and aesthetically demanding than Aldous Huxley’s far better known near-contemporaneous published works on psychedelics in English. Yet this very complexity, as well as the national-linguistic context of its articulation – there was no mass psychedelic counterculture in France – has limited wider engagement with it. I argue that Michaux’s scientifically literate phenomenological analysis of psychedelics’ effects on his creative brain can be read as a programme for the emerging field of the psychedelic humanities. His drug works make a substantial but hitherto largely unrecognized contribution to the following areas of research which might be thought of as core concerns of the psychedelic humanities: the role of psychedelics in enhancing ‘creativity’ and aesthetic sensibility; the politics of psychedelics; the ethics and technics of lasting personality change; ‘autoheteronomy’. I aim to show that Michaux’s work on drugs has much to contribute to our understanding of psychedelics today and accordingly that this unjustly neglected classic of French – and global – drug culture deserves to be far better known.

Professor of French Studies at University of Warwick

I am currently researching the politics of psychedelics, both historically and in today's 'psychedelic renaissance'. I am co-editing a new series of articles on the psychedelic humanities for Frontiers in Psychology.