Postcards for Mia. The Adult’s Imagination of the Child’s & Vice Versa 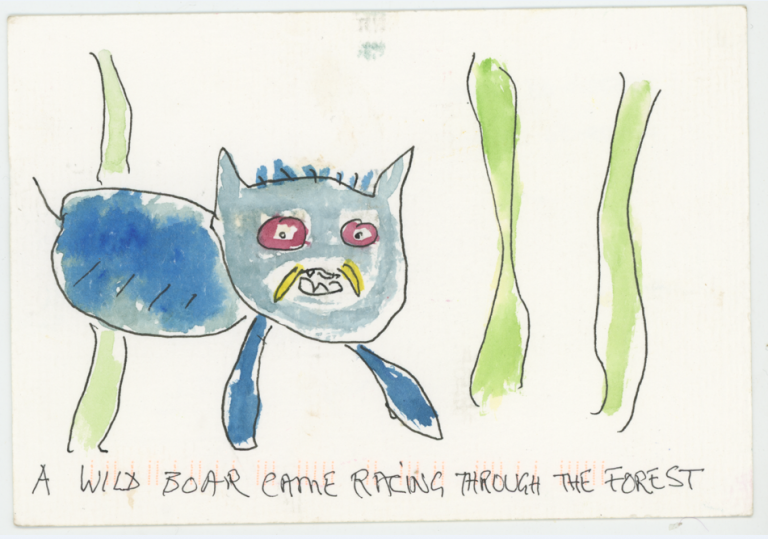 So what happens when a sorta anthropologist becomes a sketchy visual artist making postcards of his travels for his granddaughter between the ages of four to seven, postcards that resonate with those he made for his books starting in 1987? What gives with the AICI and this urge to draw alongside writing?