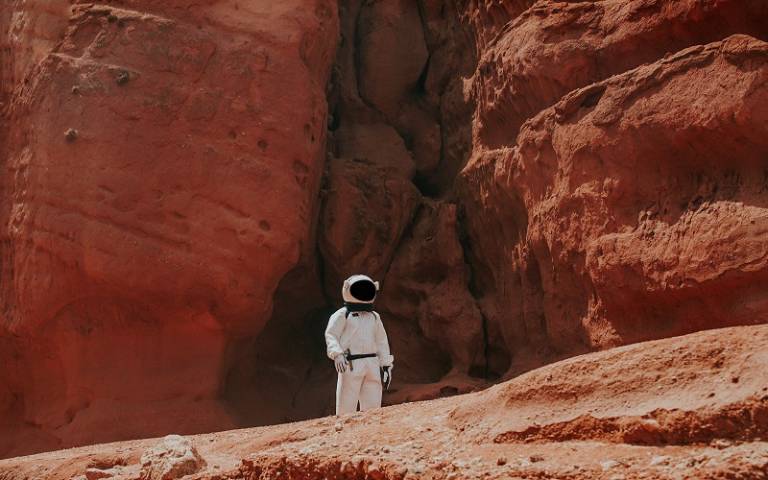 As the closing event of UCL Space Week COSS presents the UCL Space Debate. Six guest speakers will argue for and against the motion that “settling on Mars is essential for the future of humanity”.

2021 has been a busy year for space with NASA’s perseverance rover landing on Mars, China’s Chang’e-4’ and Yuta-2 rovers on the Moon and the Juno probe launched towards Jupiter. However, it is human spaceflight that has dominated the headlines as China began the construction of the Tiangong space station and commercial operators Virgin Galactic conducted a suborbital commercial spaceflight in May with Blue Origin launching in July and SpaceX launching Inspiration4 to orbit the Earth in September. Going back to the Moon has started a new space race with the ultimate goal to go to Mars. The UCL Space Debate asks the question: are human ambitions and “The settlement of Mars essential for the future of humanity”?

Guest speakers, who include Prof. Sanjeev Gupta, Prof. Andrew Coates, Dr. Sylvia Ekström, and Xavier De Kestellier will each get seven minutes to argue a position for or against the motion. Details of further speakers to be announced. After both sides have presented their arguments they will both have a chance to respond. The audience will have an opportunity to vote for and against the motion at the start of the event and again at the end of the event and will decide the winner of the event.

For those watching online, please read our Virtual Events Code of Conduct. This event has been organised with the Centre for Outer Space Studies, part of the UCL Institute of Advanced Studies. 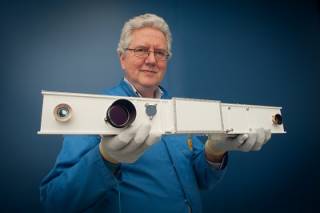 Prof Andrew Coates gained a Physics BSc from UMIST, and Plasma Physics MSc & D.Phil. from Oxford University. He is Deputy Director (solar system) at UCL’s Mullard Space Science Laboratory, and visited Max Planck Institute for Solar System Physics (Germany), University of Delaware (USA) & BBC World service (media fellowship). His main space mission involvements are the Rosalind Franklin (ExoMars 2022) rover, where he is PanCam PI, Cassini-Huygens, Venus Express, Mars Express and Giotto. Andrew feels privileged to have been involved with robotic explorers to most of the planets, with only Uranus & Neptune on the 'to do' list, and 4 comets.

Andrew Edkins is a professor in the Bartlett School of Sustainable Construction. With a career background that has involved being both an academic and a practitioner, he has developed a range of interests that include the management of challenging projects and how real estate is changing in the twenty-first century. In 2018 as part of establishing the Bartlett Real Estate Institute, he proposed and launched the UCL Off World Living Institute to encourage thinking and consideration of this next possible step for humanity. More about Prof Andrew Edkins

Head of Public Outreach at University of Geneva 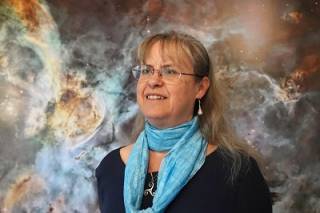 After working as a midwife for 11 years, Sylvia Ekström discovered astronomy thanks to the comet Hale-Bopp, and started an academic career, obtaining a PhD in astrophysics in 2008. A specialist in stellar physics, she is also Head of Public Outreach at the Department of Astronomy of the University of Geneva. She is a member of the association Astronomers for Planet Earth. In 2020, she co-authored a book entitled "Nous ne vivrons pas sur Mars ni ailleurs" (We shall not live on Mars nor anywhere else) at Editions Favre, with a preface by Physics Nobel Prize winner, Michel Mayor. More about Dr Sylvia Ekström 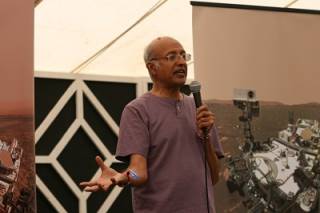 Sanjeev Gupta is a geologist by training and has spent much of his career peering into past landscapes in Earth's deep time. His work encompasses such varied topics as reconstructing rivers that nourished early civilisations in India, the sustainability of groundwater resources, and working out how Britain became an island through mapping the seafloor of the English Channel using sonars. More recently, he turned his attention to exploring the surface of Mars and deciphering its deep time history and the search for life beyond Earth. Sanjeev is a Long Term planner for the NASA's Perseverance and Curiosity rover missions, and is also on the science team of the ESA Rosalind Franklin rover mission due to launch in 2022. More about Prof Sanjeev Gupta

Head of Design at Hassell 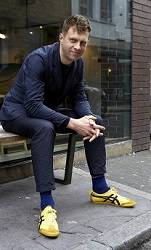 Xavier is Head of Design at international design practice Hassell, where he leads design technology and innovation across all disciplines and regions. For the last decade, Xavier has been an industry leader in the field of parametric design, digital fabrication and additive manufacturing. Prior to joining Hassell, he was Co-head of Foster+Partner’s internal research and development team where he worked on the Apple Headquarters, Kuwait and Beijing Airports, Yachtplus and the NBK Headquarters. At Hassell, Xavier is developing the practice’s global digital design strategy for computational design, building information modelling, visualisation and virtual reality. Alongside this he is developing technology for cross-studio design review processes. In recent years, Xavier has built up a portfolio of architecture in extreme environments with a particular focus on space with habitat projects for clients such NASA and ESA.

Xavier is also a Director of Smartgeometry, a non-profit educational organisation for computational design and digital fabrication. This organisation has grown to become an independent worldwide network for computational and digital design specialists. Xavier has held academic positions at Syracuse University (London), University of Ghent (Belgium) and UCL Bartlett (London). 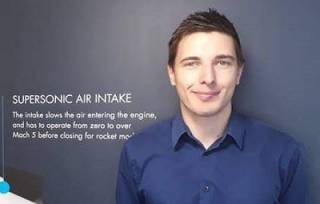 Patrick Rennie is a Systems Architect at Reaction Engines Ltd, predominantly working on the innovative propulsion system SABRE and the system-level opportunities it enables. He also sits on the Technical Committee of the British Interplanetary Society - the oldest continuously existing space advocacy organisation in the world.

Patrick is President of the Mars Society UK, which is part of the global society promoting the exploration and settlement of Mars. 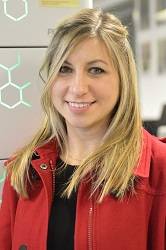 Malica Schmidt is a PhD Candidate at the Centre for Nature Inspired Engineering (CNIE) in the Department of Chemical Engineering at UCL and Guest Researcher at the Aerospace Microbiology Research Group in the Institute of Aerospace Medicine at the German Aerospace Centre (DLR). In her interdisciplinary research on ‘Nature-Inspired, Multi-Functional Surfaces (NIMFS)’, her aim is to improve sustainable life-support systems on Earth, the ISS and future spacecraft and habitats on Moon and Mars. Malica acted as principal investigator at the 35th DLR parabolic flight campaign and as DLR/ESA co-investigator for the International Space Station project ‘Touching Surfaces’. She presented her work at international conferences, exhibited in London, Paris, and New York, and won several prizes including Best Oral Presentation in Physical Sciences at the 26th European Low Gravity Research Association Symposium and General Assembly in 2019.  More about Malica Schmidt