We The Young Strong 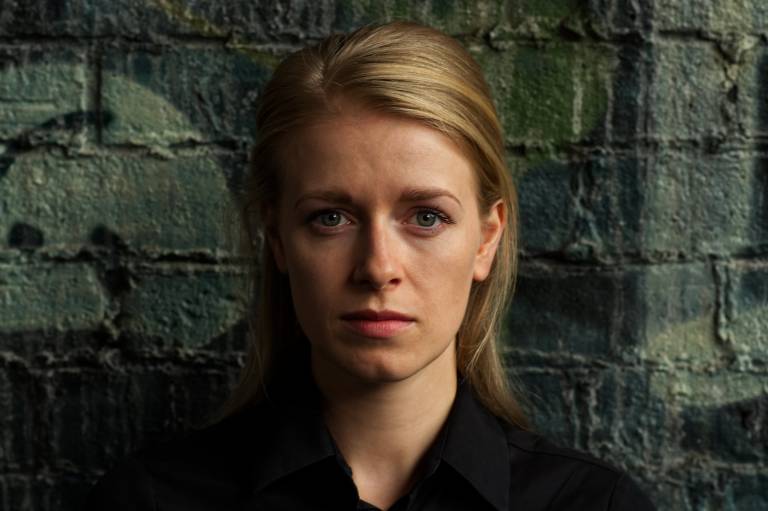 Flora, Eva, Violet, Charlie and George – unemployed, troubled, kicked out of school. Years of austerity following a banking crash they can barely remember has crushed their hopes. They join a new political movement, which promises to train them, pay them, empower them: the British Union of Fascists. The Blackshirts insist the future belongs to those willing to fight for it. But what if this means fighting each other?

The performance will be followed by a panel discussion chaired by Aditya Chakrabortty, Guardian columnist and senior economics commentator, with Julie Gottlieb, Professor in Modern History at The University of Sheffield whose research includes 20th Century British Political History, women’s history, and British fascism.

This event is part UCL Performance Lab, a programme of art and cutting-edge research, and Bartlett 100, celebrating 100 years of UCL’s Faculty of the Built Environment.

Quotes from participants in R&D workshop:
“Unveiling a part of my country’s history that has been taken out of our history books... To move forward we must acknowledge our past, otherwise we repeat ourselves.” “It’s important to see how manipulative and dangerous political parties can be for young vulnerable people looking for change and when thinking back to the naïve 16-year-old I was; I think about the decisions I would’ve made in their position”.
“Extremely relevant to everyone because it reflects so much if what we are all currently going through”.